In the race among the big streamers to focus more and more on content with global appeal — a challenge Netflix has been facing for years as it’s more or less hit a ceiling with stateside subscribers — Apple TV+ has hit the jackpot with “Pachinko,” a trilingual prestige drama that’s sure to rack up award nominations, appeal to the coveted Asian markets, and stun audiences anywhere with its Dickensonian soul and miraculous performances.

It’s clear that Apple has thrown its unparalleled resources into the new series, but unlike some of its other high-budget marquee projects, which often feel a bit airless for their slick production, “Pachinko” backs up the style with gritty authenticity and daring creative swings.

“Miraculous” is a word that constantly came to mind while watching the eight-episode first season. Creator Soo Hugh and directors Kogonada and Justin Chon were tasked with several impossible tasks: doing justice to its epic source novel by Min-Jin Lee, which has become a modern classic to scores of readers; convening a multinational cast packed with both legends and newcomers; and juggling two concurrent timelines, all while maintaining narrative cohesion as we follow four generations of an embattled Korean family in their efforts to survive in Korea, Japan, and the United States.

The saga begins with Sunja, a daughter of poor innkeepers in Japanese-occupied Korea. When she’s impregnated as a teenager by a married mobster, she escapes social ruin by marrying a visiting pastor, Baek Isak, and immigrating with him to a Korean slum in Osaka, Japan. She soon finds that ethnic Koreans in Japan — called Zainichi — face utter discrimination, living among pigs, laboring for unfair wages, and never counting as true citizens. Pachinko, a Japanese gambling game that’s technically illegal, becomes a rare respite for ethnic Koreans and becomes an ongoing presence — a symbol of both opportunity and illegitimacy — in the family’s story over generations.

The first timeline consists of Sunja in her childhood (Jeon Yu-na) and young womanhood (Kim Min-ha) and the travails of her and progeny, namely her son Mozasu (Soji Arai), as they struggle to survive prejudice and the atrocities of wartime. The second timeline, which takes place in the 1980s and centers on Sunja in her old age (played by Oscar-winning “Minari” star Youn Yuh-jung, who’s perhaps South Korea’s most beloved living actress) and her Columbia-educated grandson Solomon Baek (Jin Ha), who’s back in Japan to trade on his Korean-Japanese heritage to close a lucrative property deal for a hotel conglomerate. 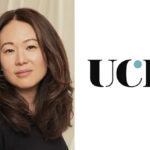 The contemporary storyline is the least engaging part of Lee’s novel, and in the book, it’s mostly confined to the last act; but because the series intercuts both throughout, we get a lot more of the 1980s, which is a good thing considering we get more of Jin Ha and Youn Yuh-jung, who are both fantastic, but the trade-off is some of the intimacy we get with the novel. In the novel, which follows a more chronological arc, we grow profoundly attached to the characters, and when they die — and this is no spoiler: many of them do — you feel the palpable, staggering loss, only to fall in love with another character who carries the family’s torch forward in time.

With the less tightly focused structure of the series, much of the incident is packed into the final two episodes, and you’re never in suspense that Sunja and at least part of her clan survives to the eighties.

However, the creators have crafted an independent work of great artistry, not a retelling of the novel, and they’ve taken exciting risks with the casting and the music (the opening titles deserve all the awards!), and they manage to pack hundreds of pages of words and history into an image of a small bowl of sticky white rice.

With this sweeping, tragic, and hopeful epic, Apple TV+ has found a story with undeniable soul.