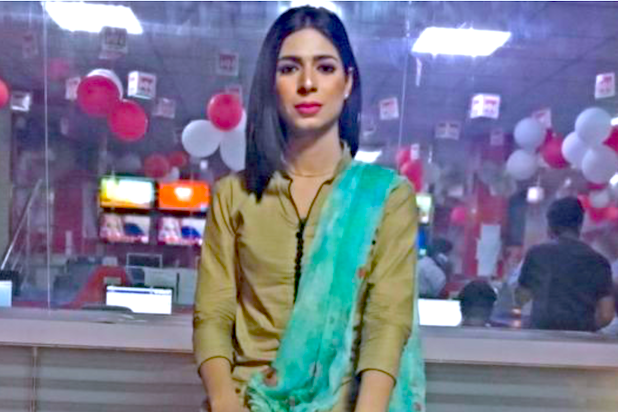 A model and journalism school graduate is making history as Pakistan’s first ever transgender anchor.

Marcia Malik told the BBC she was moved to tears when she was offered the job.

“The dream that I saw for myself, I was able to climb on the first stair to achieving it,” she said.

Malik anchored her first news show on Kohenoor, a private broadcaster, on Friday after completing three months of training.

Transgender people face discrimination in Pakistan, as well as other South Asian nations such as India and Bangladesh, where they “are attacked, murdered, raped or forced to work as sex workers to support themselves. Others eke out a living by begging for alms on the streets,” Reuters reported in June 2017.

Malik told the BBC she hoped that her new-found visibility would help improve the lives of transgender people in Pakistan.

“Our community should be treated equally and there must not be any gender discrimination. We should be given equal rights and be considered ordinary citizens, instead of third-gender,” Malik said.

Pakistan’s Senate supported a bill earlier this month that would protect the rights of transgender people and allows them to determine their own gender identity.

In 2015, Zoey Tur made history as the first-ever transgender reporter on American national TV.