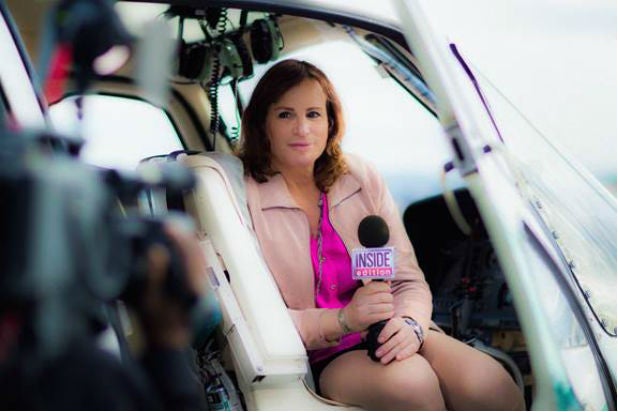 Zoey Tur has joined “Inside Edition” as the nation’s first transgender television reporter during February.

“We are thrilled to have Zoey join ‘Inside Edition’ as Special Correspondent and make some TV history,” said the magazine show’s executive producer, Charles Lachman, in a statement.

Formerly known as Chopper Bob, Tur made a name for herself as a helicopter pilot who covered the infamous O.J. Simpson police pursuit in 1994 and the Los Angeles riots in 1992.

Tur will discuss her transformation on Tuesday’s show and will pilot her first helicopter since the gender reassignment surgery on Wednesday.

“There’s diversity in nature, so why not the media? I want to thank ‘Inside Edition’ for their support in what’s shaping up to be America’s last civil rights fight,” Tur said.