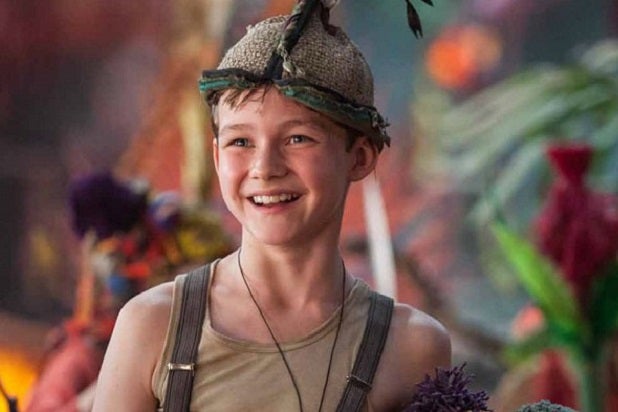 The debacle that was “Pan” this weekend could ultimately set back distributor Warner Bros. and partner RatPac-Dune Entertainment more than $100 million.

That means it will likely top out under $50 million in North America, and it appears on course for another $160 million overseas. With the film’s $150 million production budget and marketing costs roughly half that, the red ink could hit $115 million, though rights sales and home entertainment could help ease the financial pain.

It’s impossible to precisely calculate the toll because there are several unknowns including where the film tops out domestically, what it does overseas (especially in China) and revenues for home entertainment and TV rights sales.

“Pan” is the studio’s third major bomb of the year, coming on the heels of February’s “Jupiter Ascending” and the Guy Ritchie-directed “Man From U.NC.L.E.” in August. The combined losses on those two are more than $200 million. Adding to the studios troubles, there wasn’t a breakout hit among its mid-range budget releases “Run All Night,” “Magic Mike XXL,” “Vacation,” “Hot Pursuit” and “The Gallows.”

That has to be tough for the leadership at the studio, which with Disney has dominated the box office for the past decade, but has seen this year turn into a bummer. None of Warner Bros. five remaining 2015 films are expected to hit the $100 million mark at the domestic box office, though the Ron Howard-directed action film “In the Heart of the Sea” and the “Rocky” spinoff “Creed” have solid critical and commercial potential.

What that means, though no one at the studio was saying it Monday, is that the collective attitude at the Burbank-based film giant run since 2013 by CEO Kevin Tsujihara has become “wait till next year.”

The good news on that front is that many moviegoers are doing exactly that — waiting anxiously for a 2016 slate that includes “Batman v Superman: Dawn of Justice,” which is the first of 10 superhero movies over the next five years, and the Harry Potter spin-off “Fantastic Beasts and Where to Find Them.”

The superhero films are from DC Comics, the source material for films that drove much of the last decades success like Christopher Nolan‘s “Dark Knight” trilogy and “Man of Steel.” The same is true of “Beasts,” from J.K. Rowling, author of the “Harry Potter” books that drove the blockbuster films.

“Warner Bros. is going to be just fine,” Phil Contrino, senior analyst at BoxOffice.com told TheWrap. “The superhero stuff from DC is going to deliver. “Suicide Squad” looks very good and in 2017 they have the LEGO movies starting, so the big picture looks fine.”

Also Read: 'Pan' Peters Out, 'The Walk' Wobbles as 'The Martian' Repeats at Box Office

Also scheduled for next year are sequels to “The Conjuring,” “Barbershop,” “Chicken Soup for the Soul” and big-budget entries “Tarzan” and “Knights of the Roundtable: King Arthur.” The “Pan” flop may give WB execs a bit of anxiety regarding those last two, which like the Neverland tale are based on source material more familiar to parents of Millennials than their kids.

If there is a silver lining to the dark cloud hovering over the 2o15 box office for the studio, it is that as its fortunes and revenues have fallen, the Warner Bros. TV units and video game operations have flourished, lessening the bottom-line blow to corporate parent Time Warner.