Paradigm Talent Agency and Paradigm Media Entertainment will provide their clients access to the entertainment, publishing, brand partnership and news media services of each business. 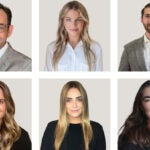 Paradigm Entertainment and Paradigm Talent Agency Founder and Executive Chairman Sam Gores will continue to be a shareholder. Jonathan S. Blue and Edward H. Harrison III of Blue Equity will remain on as advisors to Paradigm Media Entertainment, and have made a commitment to support its future growth.

Paradigm Media Entertainment will operate from offices in Los Angeles and New York.

Napoli Management Group represents more than 550 television news anchors, reporters, weathercasters, and sportscasters in all of the major television markets in the nation, including the ABC, CBS and NBC television networks as well as on CNN, FOX, MSNBC, CNBC and ESPN. 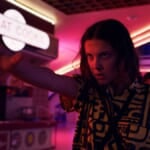