“Box office accolades are fun, but the goal is to drive a profitable slate,” a top-level Paramount official told TheWrap. “Ultimately, we’re all part of corporations that need to drive value for shareholders.”

Of course, profitability has been elusive for Paramount, which has succeeded under the five-year reign of chairman Brad Grey in its quest to move up the major-studio ranks in terms of market share, but not so much in terms of containing costs.

Trimming its slate, reducing its payroll and winding down specialty division Paramount Vantage, while beginning to also ebb its relationships with DreamWorks SKG and Marvel, Paramount remained a studio in transition in 2009, suddenly concerned with the bottom line.

For one, the studio enjoyed the biggest domestic draw in the movie business with “Transformers: Revenge of the Fallen” ($401.1 domestic, $835 million worldwide).

There was a hit that fell out of the sky — “Paranormal Activity,” which grossed $107.7 million on a total production and marketing budget that barely exceeded $10 million.

And in an awards season so far pretty much bereft of breakout commercial success, the Jason Reitman-directed contender “Up in the Air” is enjoying the most successful platformed expansion (currently at $24.5 million and counting) of any niche film currently in the marketplace.

All of this, Paramount officials believe, should translate into profitability, which has been elusive over the last several years, despite flurries of hits that drove the studio from last place in domestic theatrical market share at the beginning of Grey’s reign to second behind Warner in 2008.

Indeed, last year, despite huge money-makers on its slate like “Iron Man,” “Indiana Jones and the Kingdom of the Crystal Skull” and “Madagascar: Escape 2 Africa” — which resulted in one of the biggest global theatrical revenue grosses ever for a major studio at $3.7 billion — Paramount barley made any money.

However, the conglomerate only reported $26 million in film operating income. 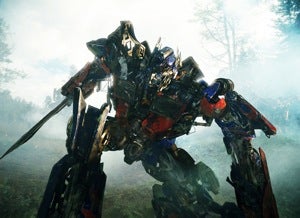 In 2009, Paramount released only 12 films — the lowest total for any major — while yielding global theatrical revenue of $2.8 billion.

Misses have been few this year – the Eddie Murphy comedy “Imagine That” and the homeless musical-prodigy biopic “The Soloist” starring Jamie Foxx and Robert Downy Jr. were about it. But through three quarters of this year, Viacom reported an operating loss of $79 million.

The fourth quarter, meanwhile, has been filled with good news, with low-overhead projects like “Paranormal Activity” and “Up in the Air” brightening the books, and “Transformers 2,” “Star Trek” and “G.I. Joe” sparking moribund DVD sales.

Meanwhile, the launch expenses associated with Martin Scorsese’s “Shutter Island” were deferred until next year, with the film rescheduled for February.

Studio officials believe they’ll end up in the in the black this year … and going forward. 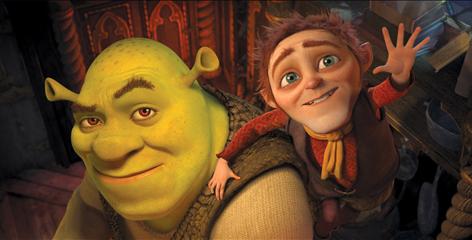 “I think the biggest strategy shift was, we looked at where the revenues were coming from, and it was ownable DVDs and the international marketplace,” said a high-ranking Paramount official, speaking to TheWrap on the condition his name not be used. “And in terms of where we focus our slate, it’s about finding movies that have breakout potential in those two areas.”

As the DVD market has contracted, the executive said, it’s been animated family titles like “Monsters vs. Aliens” (a DreamWorks Animation co-production that grossed $381.5 million globally for the studio this past spring), action-oriented tentpoles like “Transformers” and “Star Trek” that have held up best.

Looking forward to 2010, Paramount has plenty of those on its schedule — including Marvel co-production “Iron Man 2” and DreamWorks Animation co-productions “Shrek Forever After” and “How to Train Your Dragon.”

Going further out, the studio kept the rights to “Transformers” out of its DreamWorks divorce, meaning a third installment of the Michael Bay franchise will be on its slate in 2011. And despite the fact that Disney bought Marvel, the comics-fueled production company is still on the hook to deliver five more movies to Paramount, including a possible “Iron Man 3.”

The reboot of “Star Trek” and the christening of “G.I. Joe” — which yielded just enough global box office revenue ($301 million) to justify its $175 million production budget — add to the studio’s potent mix of franchise options.

“We’re focusing on properties that have the ability to become franchises, or we’re looking at movies that are more inexpensive,” said the Paramount official.

In terms of the latter, Paramount has set up a small division focused on finding and developing micro-budgeted films, hoping to catch another “Paranormal Activity.”

Concurrently, the studio is in the latter stages of shuttering its Vantage specialty division, a unit that wrought such awards-season heavyweights in recent years as “Babel,” “Into the Wild,” “There Will Be Blood” and “The Kite Runner,” but alas, not profitability.

The Jeremy Piven afterthought “The Goods: Live Hard, Sell Hard” was the only film put out by the division this year.

The success of “Up in the Air,” which probably would have been handled by Vantage in the past, may be testament to the fact that Paramount can get by without it.

“That’s one of the benefits have having a smaller slate,” the masked Paramount official added. “You can handle a movie like that uniquely.”

PREVIOUSLY:
A Tough but Still Profitable Year for Universal
Disney’s Revenue Ballooned Up in 2009, But So Did Costs
In Treacherous Movie Landscape, Sony Moves Deftly
Holy Hangover! For Warner, a Record-Breaking Year
x
Looks like you're enjoying reading