ViacomCBS’ Q3 subs total is up from the 42 million worldwide subscribers that the company reported it had reached across Paramount+ and Showtime at the end of Q2.

Per ViacomCBS, “Subscriber acquisition and consumption on Paramount+ was fueled by a diverse global content offering, including ‘A Quiet Place Part II,’ ‘Paw Patrol: The Movie,’ the return of the NFL, and the new CBS fall season.”

More than half of Paramount+ subscribers streamed some form of Nickelodeon content during the quarter, ViacomCBS chief Bob Bakish said during the company’s earnings call Thursday.

Meanwhile, Showtime OTT’s growth was aided by originals like “Billions,” “American Rust,” and “The Chi,” the company said.

Along with this 4.3 million increase in subs, ViacomCBS revealed Thursday a plan to add even more consumers to that tally: a partnership with T-Mobile to give new and existing T-Mobile and Sprint customers on every postpaid consumer and home internet plan one full year of “Paramount+ Essential” for free. The offer, which begins Nov. 9, extends to people who are already Paramount+ subscribers, too. 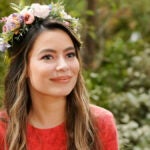 On the ad-supported-streaming side, ViacomCBS’s free platform Pluto TV rose to 54 million monthly active users (MAUs) during the third quarter, due to more signups both domestically and internationally. That is an increase from the just-over 52 million MAUs that Pluto TV reached in Q2.

According to ViacomCBS, “Pluto TV continues to be the leading FAST (free ad-supported streaming television) service in the U.S. with more than 200,000 hours of content available.”

ViacomCBS debuted Paramount+, which was rebranded from CBS All Access on March 4, in Australia and New Zealand this August. The company will be partnering with Sky, a Comcast-owned company, to launch Paramount+ in European markets, including the UK, Ireland, Italy, Germany, Switzerland and Austria, in 2022.

ViacomCBS revealed its new streaming subscriber numbers along with its third-quarter 2021 earnings Thursday. Readers can find out more about how the company did in its Q3 here.