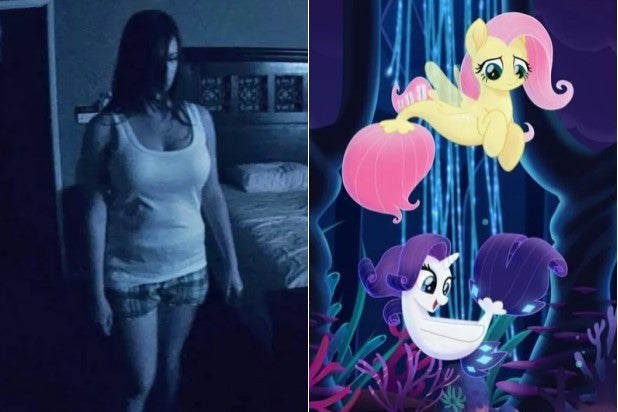 Paramount has set release dates for upcoming installments to their “Paranormal Activity” and “My Little Pony” series, development of which were previously announced.

The “My Little Pony” film, which will be produced through Hasbro’s Allspark Pictures, will be released on September 24, 2021. Plot details have not been released, and it has not been confirmed whether it have any connection to the recently completed “Friendship Is Magic” TV series or the 2017 feature film adapted from it. “My Little Pony: The Movie,” which was distributed by Lionsgate, grossed $60 million worldwide against a $6.5 million budget.

These two films join a Paramount 2021 slate that includes a seventh “Mission: Impossible” film as the studio’s summer tentpole and Allspark-produced adaptations of the action figure line “Micronauts” of the tabletop game “Dungeons & Dragons,” which will be released in June and November, respectively.