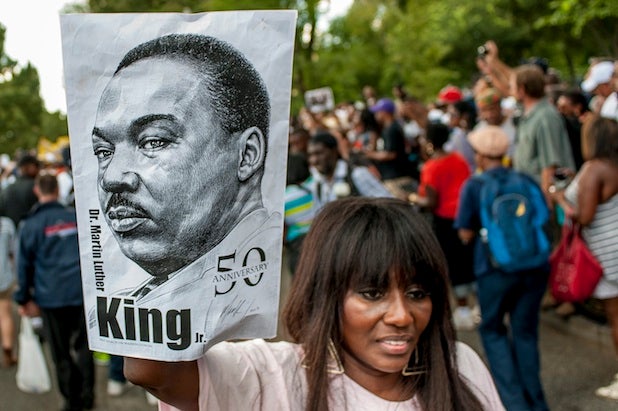 Paramount will release “Selma,” Ava Duvernay‘s biopic of renowned civil rights leader Martin Luther King Jr., on Christmas Day of this year, the studio said Friday. The movie will screen in a few markets at first, and the studio will then release it nationwide January 9.

Duvernay is currently shooting the movie in Atlanta and pair of cities in Alabama, where the movie’s central conflict is set. This movie chronicles Martin Luther King Jr.’s efforts to overturn the Voting Rights Act, culminating in a series of marches from Selma to Montgomery.

Also read: ‘What’s the Deal?': Who Will Win the Race to Bring Martin Luther King to the Big Screen?

The movie’s wide release will coincide with the 50th anniversary of the Voting Rights Act, which was passed August 6, 1965.

Oprah Winfrey is playing Annie Lee Cooper, an old woman who became a leader of the movement. Winfrey is also producing the movie alongside Plan B, which produced “Twelve Years a Slave,” and Christian Colson, who produced “Slumdog Millionaire.”

While Paramount will release the movie in the United States, Pathe will distribute it in the UK and France and sell the rights in other territories.