There’s nothing like the power of a hit movie. Even when you’re talking about real-life ghosts.

By cleaning up at the box office, Oren Peli’s low-budget horror sleeper "Paranormal Activity" may have permanently scared off something paranormal in his own life. 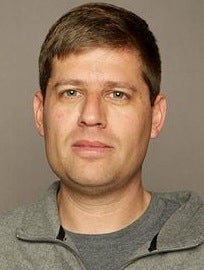 Peli first got the idea for "Paranormal" after a series of strange occurrences started happening in his San Diego home.

"I never thought the house was haunted, I was just conscious of every little noise and creak," he told TheWrap. "But one weird thing that happened was that we kept the laundry detergent on a shelf, pushed back all the way back to the wall. One time, in the middle of the night, it fell off the shelf — but it was nowhere near the edge.

"It made me think of the concept of setting up a video camera, and reviewing footage … and what if you saw something?"

Lately, such inexplicable happenings have stopped. Still, he remains doubtful that, like the two youthful protagonists in his film who are terrorized by a demon, he was being visited by something otherworldly.

"If I was provided with hardcore evidence, I might change my mind," Peli said. "There might be something invisible. The prospect is scary, it’s terrifying. I’m more of a theological person, though. I tend not to believe."

While basking in his debut film’s astounding grass-roots success — "Paranormal" earned $7 million-plus in fewer than 200 theaters last weekend alone — the 39-year-old director said he’s "not even really conscious. It’s so overwhelming — I’m just so thankful to the fans for this." 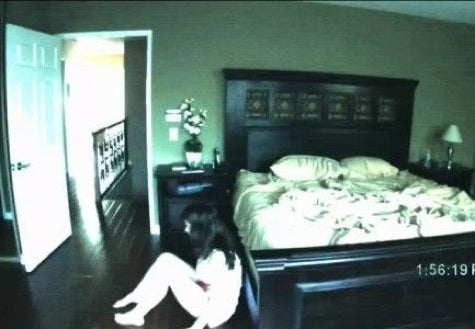 Indeed, in keeping with the canny marketing campaign that has effectively built up anticipation for the film with a slow rollout in college towns, Peli said it was fan enthusiasm that ensured his long-shelved film finally saw the light of day.

Completed in 2007, the movie was originally picked up by DreamWorks, but it got caught up in the dissolution of the partnership between that studio and Paramount.

He said he was often unsure if his movie would be released theatrically, if it would get remade (which was DreamWorks’ original plan) or if it would end up on the dust heap along with other properties orphaned in the wake of the messy breakup.

But the film picked up good buzz on the festival circuit.

It also was helped along tremendously by a story that Steven Spielberg became convinced the DVD of "Paranormal" was haunted after he screened it in his own home.

Although it smacks of being spun from Hollywood’s PR machine, Peli maintains the story isn’t apocryphal.

"I heard the story more than a year and half ago, so I think it’s true," Peli said. "Nobody back then even knew about the movie, so I don’t see them coming up with a publicity stunt. Apparently, after [Spielberg] watched it, the door to his bedroom was locked from the inside. He said, ‘I don’t want this DVD in my house,’ and had somebody take it back to the office.

"I haven’t talked to him directly, but other people have told me."

That wasn’t the only boost Spielberg gave the film. Over the two years of post-production work, Peli had plenty of opportunities to tweak the movie’s shocks. He used the time to shoot multiple endings, but the one he ultimately decided to use came from a suggestion by Spielberg.

"The one he suggested played phenomenally," Peli said. "I shot over 70 hours of footage. There were a lot of different variations, but our screenings started stabilizing when we tried that ending."

To drum up support, Paramount begin using the "Demand" service of online event listing site Eventful.com to generate word of mouth. The studio claimed that if it received a million signatures, it would release the film nationally — a number it exceeded this week.

"It was all Paramount’s doing," Peli said of the marketing effort. "But it helps the movie be different. It’s effective because if an audience likes the movie and they dig it, they appreciate that they have sense of ownership, because they helped to bring it to their city."

After last weekend’s success, the studio will expand the film to roughly 800 theaters on Friday and hopes to have more than 2,000 engagements by the end of the month.

A native of Israel who had been working as a videogame designer, Peli had barely even operated a video camera before he enlisted friends and a pair of unknown actors to help him bring to life his movie about a couple terrorized by an off-screen demon at an initial cost of just $15,000.

He shot the movie in his home, and saved on a cinematographer by getting the film’s stars, Micah Sloat and Katie Featherston, to operate the camera 90 percent of the time. He developed an outline and encouraged his actors to improvise extensively in order to ground his fantastical subject in reality.

"We would talk about a scene and they would go ahead and do it their way, but it was always their words," Peli said. "To make it scarier, I would do something unexpected to startle them, and not tell them before, so you’d get a true reaction."

Though not yet a household name — as of this writing, he has yet to have his own Wikipedia entry — Peli has been labeled a bright young talent. It remains to be seen whether he will follow Spielberg’s lead and parlay a horror hit like "Jaws" into a sustained career, or will flame out like Daniel Myrick and Eduardo Sánchez, the team behind the similar-themed "The Blair Witch Project," who have yet to come close to matching that movie’s boffo box office with any of their subsequent efforts.

Though he won’t reveal anything about it, Peli’s next film, "Area 51," is purportedly about the legendary Nevada air base that has become infamous as a supposed site of extraterrestrial activity. It will mean a bigger budget and higher expectations.

Though it will employ the same found-footage approach used in "Paranormal Activity," the budget on his next film is said to be north of $5 million.

"I’m always worried about everything, I can only do my best and hope it will turn out OK," Peli said about the excitement surrounding his followup feature. "I had no idea this film would turn out the way it did."

He said he’s hoping "I’m lucky and won’t limit myself to any particular genre. I’d like to do movies of different genres. A good drama and human interest story. I think that the thing that scares me the most is comedy. That’s hard to pull off well."

As for the plot of "Area 51," he’s tight-lipped, refusing to even answer if he believes in aliens.

"Now, you’re just trying to get me to talk about ‘Area 51,’" he said. "I want to keep some surprises. Let’s save that interview for a different day."