Paris Hilton’s Netflix series, “Cooking With Paris” has been canceled after one season, TheWrap has confirmed.

Inspired by a 2020 viral video of Hilton making lasagna on “The Kelly Clarkson Show,” “Cooking With Paris” featured the former model and reality show star whipping up items like French toast covered in cornflakes with celebrity guests including Kim Kardashian West.

All six episode of the show’s sole season premiered on the streaming platform in August. 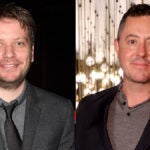 The hotel heiress still has her “Paris in Love” series on Peacock. It debuted in November and showcases her recent engagement and marriage to Carter Reum.