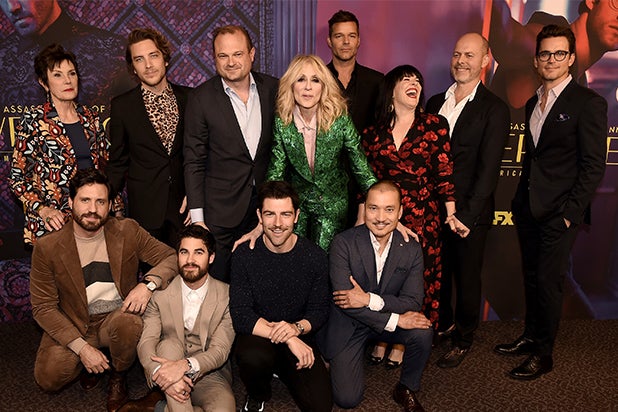 Scott Kirkland/Fox/PictureGroup
FX threw a "finale" celebration for the "The Assassination of Gianni Versace" at the DGA on Sunset Blvd. on Monday night to bookend a season that launched with a Mer-man and models strolling a glittering runway in Hollywood. Why don't more hit TV shows celebrate the end like this? A few hundred guests (and Emmy voters) got a sneak preview of the last episode and some face time with the stars, writers and directors (including director Matt Bomer, far right) but unfortunately no Ryan Murphy. 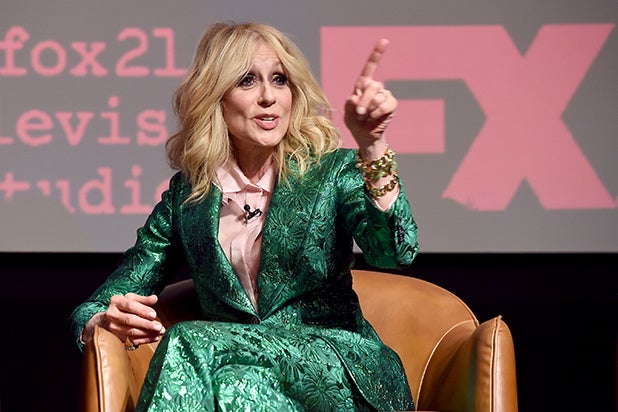 Scott Kirkland/Fox/PictureGroup
Multiple media outlets tried to pry a St. Patrick's Day-hued Judith Light for commentary on her other series,  Amazon's "Transparent." The accusations against Jeffrey Tambor and his subsequent exit scrambled the show's future, but Light is a pro and shut down all inquiries. "We're here to talk about 'Versace,'" she said repeatedly.  Also Read: ‘American Crime Story': Yes, Marilyn Miglin Still Sells Perfume 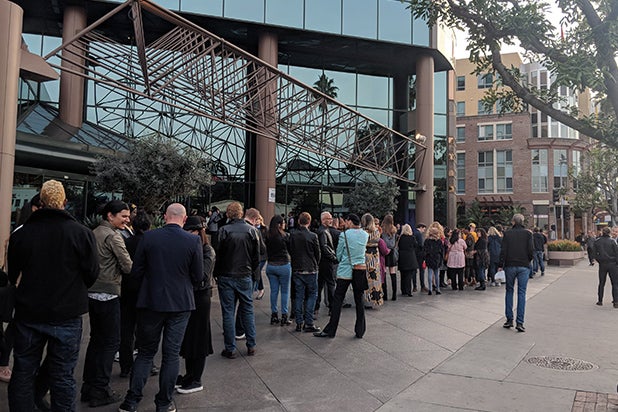 Scott Kirkland/Fox/PictureGroup
The "Versace" line snaked down Sunset Blvd. in West Hollywood and extended to the corner of Fairfax. There were still about 75 people waiting helplessly in a standby line 20 minutes after the show had already started ... that's a good sign, showing that industry fans couldn't wait two more days for their "Versace" fix. 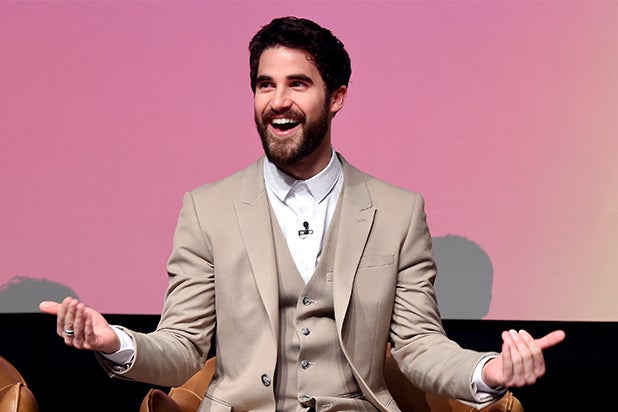 Scott Kirkland/Fox/PictureGroup
"I'm not playing a killer. I'm playing a person," lead actor Darren Criss, who plays serial killer Andrew Cunanan, said. "Once you enter it from that portal, it's a little easier to understand." We have a hunch we'll be seeing a lot Criss over this Emmy season. It's indisputably his show, even if he claimed a subordinate position in the group photo at the top of this gallery. 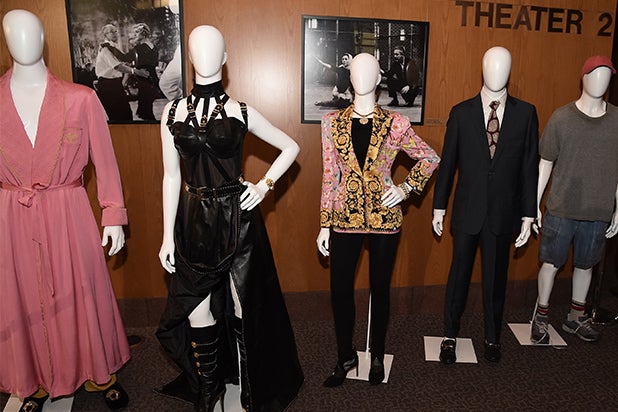 Scott Kirkland/Fox/PictureGroup
Could the series net FX a costume design Emmy nomination? Sure. Some of the memorable threads from this season graced the DGA lobby. There is also a new costume category this year: "Outstanding Period Costumes." Ryan Murphy's prior series, "The People v. O.J. Simpson" got a nomination and "America Horror Story: Freak Show" won a prior iteration of this category. 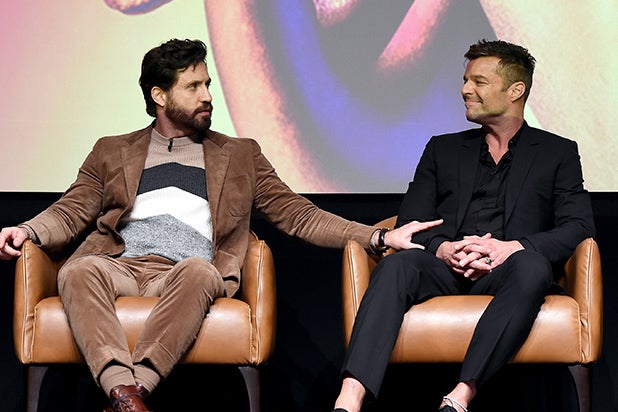 Scott Kirkland/Fox/PictureGroup
"I just came back from France and people were crazy about [the show]," Edgar Ramirez (left, who played Versace) told The Party Report. When not on stage, Ricky Martin introduced himself to other actors who he didn't share scenes with. The season finale airs Wednesday night on FX. 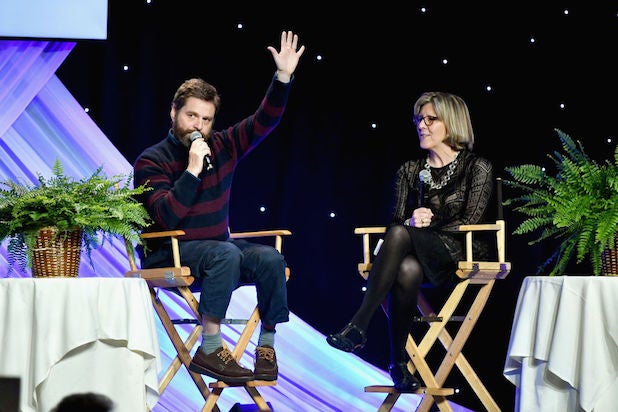 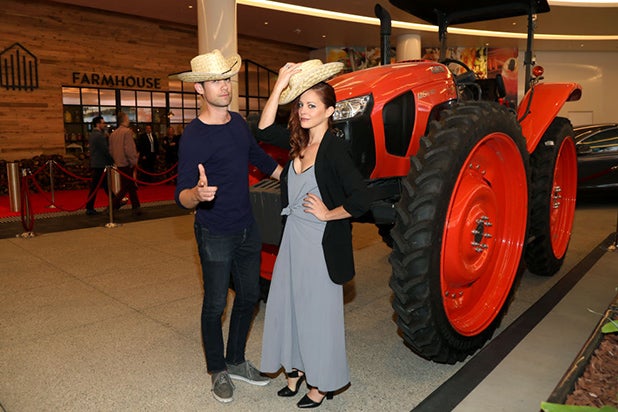 Getty Images
There is a new clubhouse at the Beverly Center. Yes, L.A. is making the mall cool again. The team behind "Fig & Olive" has opened Farmhouse L.A., the first spot with an "executive farmer" instead of an executive chef. Musician Drew Seeley and TV host Amy Paffrath saddled up to the tractor to greet guests at the friends and family sneak preview. 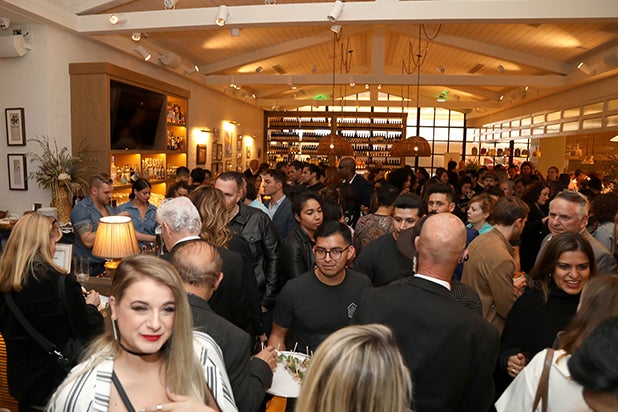 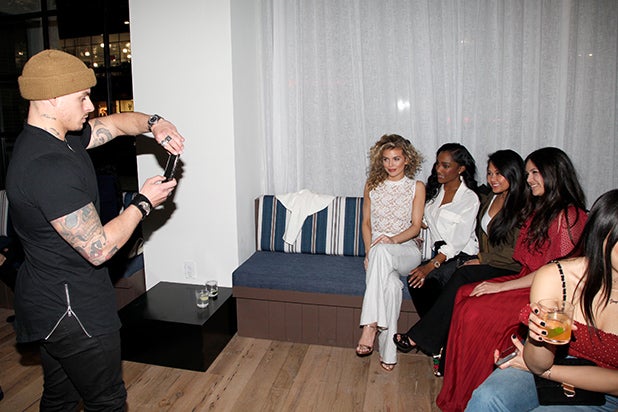 Tibrina Hobson/Getty Images for FARMHOUSE Los Angeles
Here, Jennifer Lopez's famous ex Casper Smart snaps a photo for pal AnnaLynne McCord and friends. Going by his given first name "Beau," he pulled up on a Harley in the restaurant's separate valet. 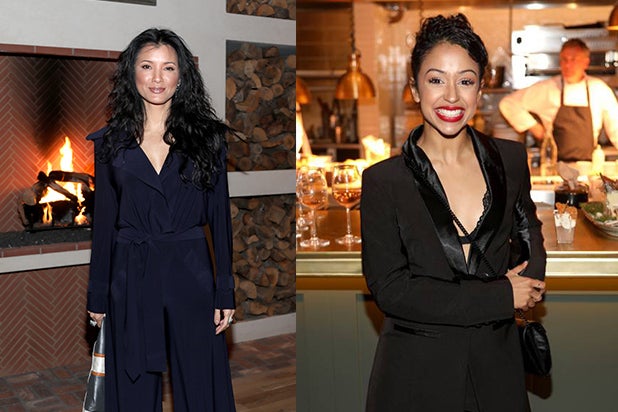 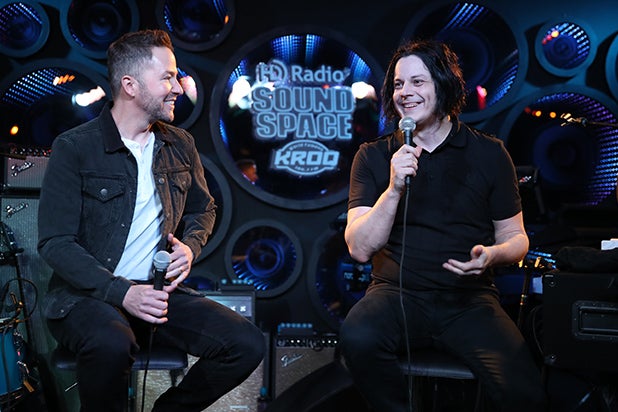 Chelsea Lauren
Meanwhile at the KROQ HD Radio Sound Space, Jack White played a private show during the lunchtime hour on Monday (Mar. 19). The White Stripes leader touted the benefits of an underplay. "I like it better. We’re all breathing the same air. Everyone has the same energy,” he said. 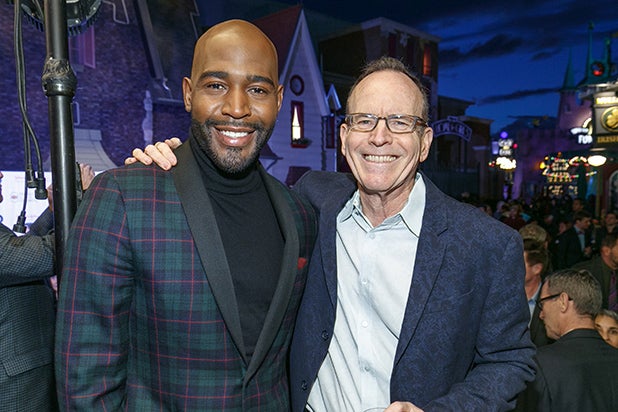 Rich Polk/Getty Images for Family Equality Council
New "Queer Eye" personality Karamo Brown (left) got his start on "The Real World: Philadelphia." And now 14 years later, he reunited with the man who cast him, series co-creator Jon Murray, at the Family Equality Council's Impact Awards on the Universal Lot. 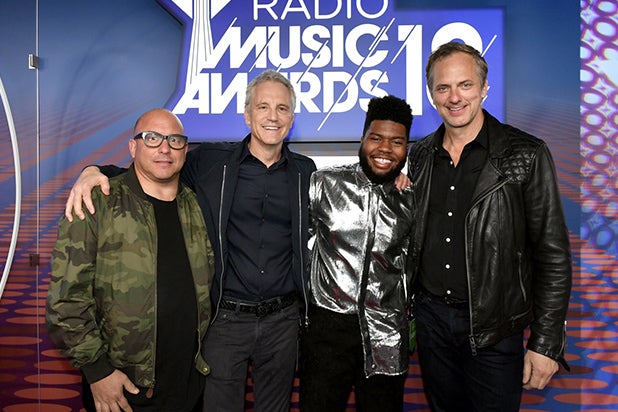 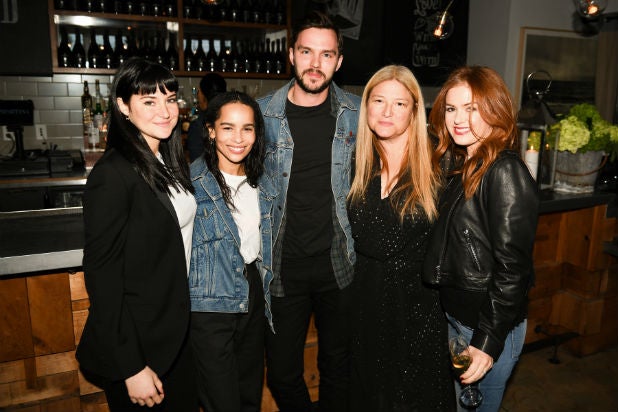 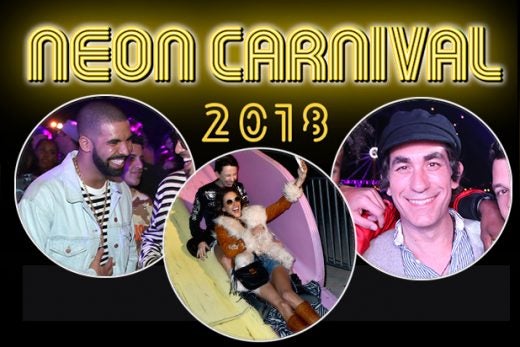