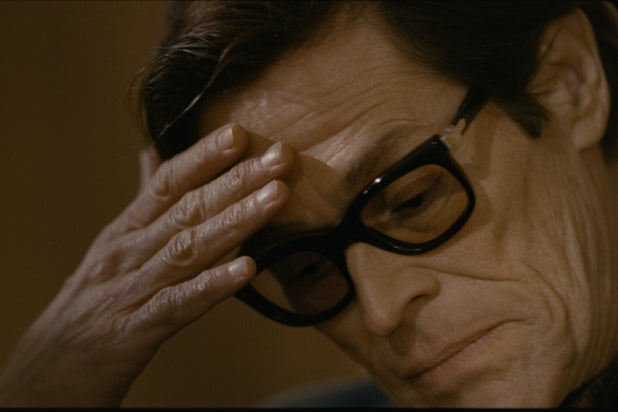 “Pasolini” is not a biopic of the late Italian filmmaker Pier Paolo Pasolini (played here by Willem Dafoe). The complicated director of “The Gospel According to St. Matthew,” “Teorema” and “Salo, or The 120 Days of Sodom” (a scene involving its editing opens the film) was more personality than a 90-minute movie could handle. Any filmed biography presuming to grapple with the whole of his life would beg to be, at least, a limited TV series.

This is, perhaps, one reason why director Abel Ferrara (“Bad Lieutenant”) has scripted (with Maurizio Braucci, “Gomorrah”) a 24-hour ticking clock that mostly ignores chronology and backstory. It’s the final day of Pasolini’s life, presented as part historical detail and part imagined glimpse into the man’s mind, and it culminates, as it must, in his brutal murder at age 53.

Fittingly, to touch on the life of a man who was a writer, a filmmaker, a philosopher, a Communist, an atheist, and openly gay in a time when it was still quite unsafe to be so, Ferrara has constructed a kaleidoscope, a fragmented collection of moments that don’t explain Pasolini’s life as much as they quietly live in seemingly haphazard juxtaposition and admiration for the artist’s intellectual rigor.

Pasolini works on “Salo,” he types, he sits for an interview, he interacts with “Teorema” actor Ninetto Davoli (Riccardo Scamarcio, “John Wick: Chapter 2”), he plays soccer, he cruises for sex, he eats dinner with his mother (Adriana Asti, “The Best of Youth”) and his friend, the actor Laura Betti (who appeared in “Teorema,” and eventually directed a documentary about Pasolini, and who is played here by Maria de Medeiros).

He imagines scenes from a novel he’s writing, as well as scenes from a film he wants to make — in a sly casting move, one that features a character played by the real Ninetto Davoli — and then, late at night, he takes the wrong young man to the beach for sex.

These fragments of activity, the intentional absence of traditional narrative continuity, the disinterest in easy biography or reasons why the man was who he was, even the choice to present occasional scenes without English subtitles, are not why “Pasolini” is frustrating. Ferrara makes sure that his hero gets to speak to the ugly authoritarian times in which he lived, reminding viewers that Pasolini’s tough-minded philosophical stances — summed up in the interview scene with Dafoe delivering ominous warnings about humanity’s desire to possess, control and destroy — are as relevant now as they were 45 years ago.

Watch Video: 'Florida Project' Star Willem Dafoe on Why Shooting at a Real Motel Made it Authentic

It’s a daring structural gamble, one that works on its own terms, and one that will also thoroughly confuse anyone unfamiliar with Pasolini’s life and work. But with this determination to eschew simple explanations, to avoid being reductive about the cause and effect of an artist’s work and life, and to remain true to the cloudy circumstances surrounding Pasolini’s murder, comes a troubling directorial decision to turn the man’s death into a symbol — of what is unclear.

It’s a gay-bashing, conducted by a group of men on a beach; whether or not it was, as some believe, a politically motivated assassination, or simply the fallout of a cultural politic that works to dehumanize all queer people, the camera sees fit to linger. It sticks around for the beating, the crushing of the skull, and then for the body being run over by a car. It’s almost as fetishistic as the death Dafoe endured in “The Last Temptation of Christ,” and it serves to upstage everything that comes before it.

It’s a muddled final punishment that wants to evoke the grueling tortures of “Salo,” and to amplify an earlier line in the script spoken by Dafoe: “There’s nothing that isn’t political.” But with only Dafoe’s calmly defiant line readings to set the stage — he’s reserved throughout in a confident performance that deserves a movie with much more narrative and contextual meat on its bones — the agonizing scene plays as an invitation to pity rather than to rage.

A history of cruelty and obliteration of those who would dissent and work against religion-based authoritarianism, a history embodied by the destruction of a man whose life was marked by this very dissent and refusal, becomes, in “Pasolini,” part of another troubling cinematic history, one that kills gay characters in the last act.

Yes, it really happened, but whether based on true stories or not — and so many of them are not — “Pasolini” reluctantly takes its place in a cinema of admonition that turns human lives lived against oppressive opposition into simplistic warnings against having sex on the beach. The man deserves better.