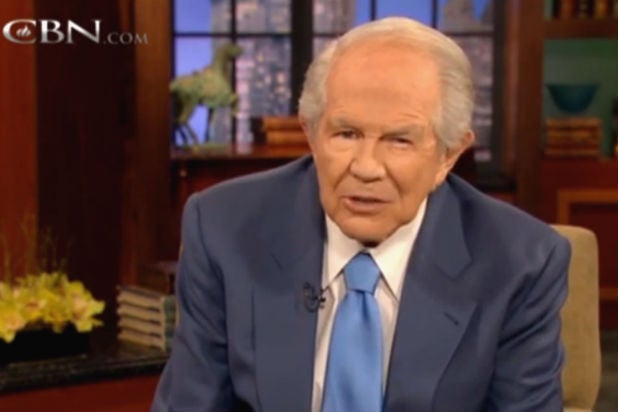 Robertson — who has defended Trump vigorously in the past and even suggested the deadliest mass shooting in American history was partly caused by the “disrespect” for the reality TV host-turned-president — had this to say after reading reports of how Trump spoke on a call with the country’s governors:

There’s a purpose of everything under Heaven, we read in the Bible, and there is a time and it seems like now is the time to say, “I understand your pain. I want to comfort you. I think it’s time we love each other.” But the president took a different course: He said, “I am the president of law and order.” And he issued a heads-up. He said, “I am ready to send in military troops if the nation’s governors don’t act to quell the violence that has rocked American cities.” As a matter of fact, he spoke of them as being “jerks.”

The preacher concluded fiercely, “You just don’t do that, Mr. President! It isn’t cool!”

In a Monday call with the country’s governors about the ongoing protests against police brutality and the death of George Floyd, Trump advocated for “retribution” against protesters, calling them “terrorists,” “anarchists” and “radicals.”

“These are terrorists. They’re looking to do bad things to our country,” Trump said of the protesters, according to a recording of the call obtained by the New York Times. “You have to dominate. If you don’t dominate, you’re wasting your time. They’re going to run over you. You’re going to look like a bunch of jerks.”

The president also urged governors to not be “too careful” and arrest protesters and put them in jail for “10 years.”