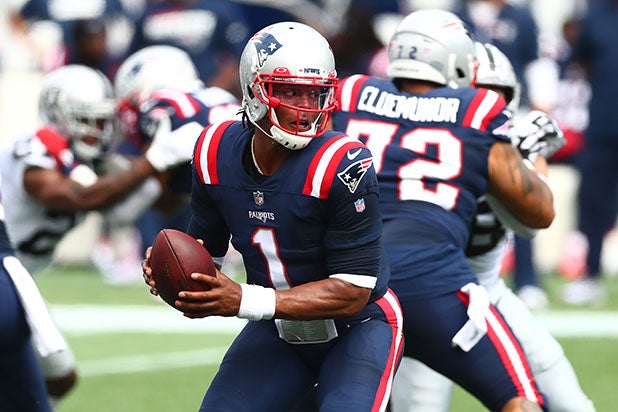 The NFL has postponed another game over positive COVID-19 tests, the league announced Saturday.

The New England Patriots-Kansas City Chiefs game will be rescheduled from Sunday to “Monday or Tuesday” after positive test results came back from both teams, the league said in a statement. It follows the decision to reschedule another game this week due to the growing outbreak among Tennessee Titans players.

“In consultation with infectious disease experts, both clubs are working closely with the NFL and the NFLPA to evaluate multiple close contacts, perform additional testing and monitor developments,” the league’s statement said. “All decisions will be made with the health and safety of players, team and gameday personnel as our primary consideration.”

Patriots quarterback Cam Newton and Chiefs practice squad quarterback Jordan Ta’amu are among those who tested positive, according to The Rap Sheet.

The NFL is currently battling a growing outbreak among the Tennessee Titans, who were also forced to reschedule their Sunday game against the Pittsburgh Steelers.

Both the Tennessee Titans and Minnesota Vikings, who played the Titans last weekend, have suspended in-person club activities and shut down their team facilities in the wake of the league’s first outbreak. As recently as Saturday, three more individuals — one player and two staff members — have tested positive, bringing the total number of Titans cases to 16.

Last week, a player on the Atlanta Falcons tested positive for COVID-19, but the team was still able to play their game on Sunday against the Chicago Bears. The NFL has built-in additional weeks at the end of the regular season schedule to allow for makeup games should they become necessary.