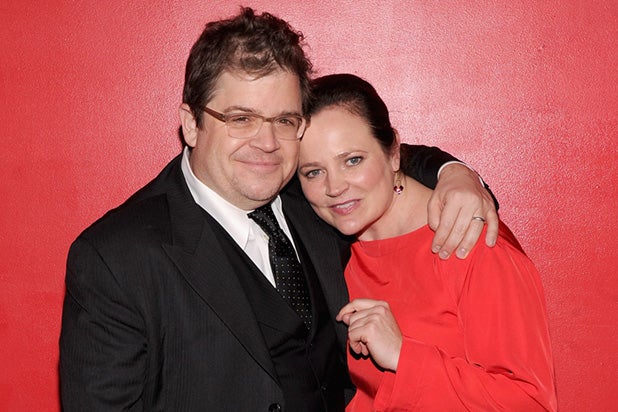 Patton Oswalt had nothing to say about the Golden State Killer on Twitter Friday after the murderer’s sentencing. Instead, the actor chose to recognize those whose lives were affected by the case over the years, including his late wife Michelle McNamara, who dedicated much of her career to tracking down the elusive criminal.

“The insect gets none of my headspace today,” he wrote. “I’m thinking of the victims, and the survivors, and the witnesses and crusaders and investigators. And of course Michelle. Go forward in peace, all of you.”

Joseph James DeAngelo, the 74-year-old now known as the Golden State Killer, was sentenced Friday to multiple life terms in prison without the possibility of parole. DeAngelo was arrested in 2018 after DNA evidence linked him to 12 murders, 45 sexual assaults and more than 120 burglaries up and down California between 1976 and 1986.

The case was recently documented in the HBO docuseries “I’ll Be Gone in the Dark,” based on the 2018 book of the same name by McNamara.

A true crime writer and journalist, McNamara was determined to identify the Golden State Killer, also known as the East Area Rapist and the Visalia Ransacker. She was writing “I’ll Be Gone in the Dark” when she died in 2016, before DeAngelo was arrested and charged with the crimes. Over the next two years, Oswalt assisted in the completion and posthumous publication of her book using McNamara’s notes and research in addition to text from a Los Angeles magazine article she wrote about the case.