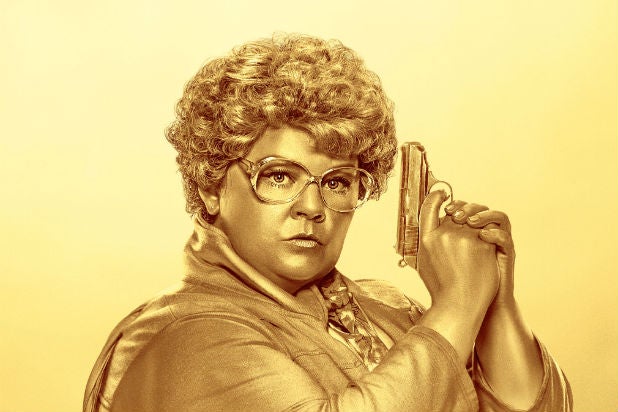 Emmy-winning and Oscar-nominated actress McCarthy stars as Susan Cooper, an unassuming, deskbound CIA analyst who is the unsung hero behind the Agency’s most dangerous missions.

When her partner (Jude Law) falls off the grid and another top agent (Jason Statham) is compromised, she volunteers to go deep undercover to infiltrate the world of a deadly arms dealer and prevent a global disaster.

See video: From ‘His Girl Friday’ to ‘The Heat': The Evolution of Female Comedies

Feig is scheduled to attend the evening’s festivities, and will participate in a Q&A following the screening moderated by SIFF Artistic Director Carl Spence.

20th Century Fox is releasing “Spy” in theaters on June 5.

From 'His Girl Friday' to 'The Heat': The Evolution of Female Comedies (Photos)

From Katherine Hepburn in "Bringing Up Baby" to Melissa McCarthy in "The Heat," here's a look at some of the greatest female characters in film history.

BRINGING UP BABY (1938) Take Katharine Hepburn as a dizzy free spirit with a hankering for a nebbish Cary Grant, mix in a leopard and sit back and watch a screwball comedy classic. Yet, the film was a box office disappointment when it was initially released and didn't get the critical acclaim it deserved until the 1950s. Talk about ahead of its time.
View In Gallery