This story about Paul Greengrass and “22 July” first appeared in the Actors/Directors/Screenwriters issue of TheWrap’s Oscar magazine.

Paul Greengrass remembers the moment when he knew he was going to make “22 July,” his gripping film about the right-wing terrorist attacks carried out on a Norwegian government center and an island summer camp in 2011. It came when he was reading the court testimony of Anders Behring Breivik, the white nationalist whose views led him to kill 77 people, most of them teenagers.

“He was talking about how the elites have betrayed us, democracy is a sham, we’re being forced to accept multiculturalism against our will, nationalism is being eroded, et cetera,” said the British director, whose previous films have included “Captain Phillips,” “United 93” and three Jason Bourne movies.

“When Breivik got up and articulated those views in 2011, they were considered in the far margins of political discourse. Today, no right-wing populist politician would have a problem with those views. Of course, and it’s important to say this, they wouldn’t endorse his methods. But in a sense, that doesn’t matter. The scary thing is that this worldview is at the center of politics in your country, in mine and right across Europe.

“That’s why you have this right-wing, populist typhoon blowing through the West. It’s there because millions of people throughout the West are worried about their jobs, they feel that the system is rigged against them and they fear a loss of identity because of population movements. For sure, Breivik’s views are now in the mainstream — and when I heard them, that was really the moment when I knew I wanted to make this film.”

Also Read: '22 July' Director Paul Greengrass Explains Why a Story of Terrorism in 2011 Is So Timely Today (Exclusive Video) 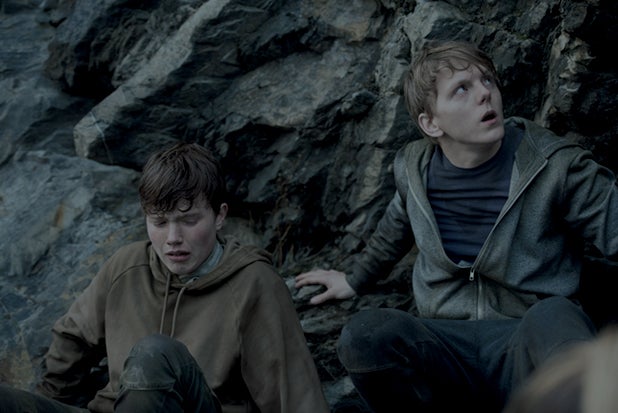 But “22 July” is a different kind of Greengrass film. Although it is in English, it was made with an all-Norwegian cast and crew — and even before he decided to make it, the director known for his visceral movies had decided that he wanted to make a more restrained film.

“I wanted to push less hard — to be a bit gentler, I suppose,” he said. “And working with a bunch of actors I didn’t know and a crew I didn’t know gave me a sort of creative reset.”

The result is a quietly bold film that focuses not on the terrorist attack, but on its long and painful aftermath; the director known for plunging audiences into the moment of action moves past the attack less than 40 minutes into a two-hour-and-20-minute movie. The bulk of the film follows the way Norway’s government and court system responded, and the way the survivors tried to piece their lives together.

“The story I wanted to tell was about what happened afterwards, how Norway fought for her democracy in the face of the attack,” he said. “Because I think that’s the story of where we are today. How do we fight for our democracy at a time when it’s under profound challenge?”

The key to making the film, he said, was to figure out exactly what its function should be. “The beauty of cinema is that it can be lots of different things,” he said. “There’s the mission to entertain, which is a noble mission, because it goes back to the birth of cinema. People who had hardscrabble lives flocked to the movies because it was the one time in the week where for very little money they could get two or three hours of entertainment and escape their hard lives. So that central mission, to entertain, is a great and noble one.

“But obviously cinema is an art form, too. And individual filmmakers make films that are about their private concerns and private obsessions, their own personal take on the world. Those can be entertaining or austere or obscure or haunting or magical — and you go to those filmmakers because you want to take that journey with them.”

He paused. “And then, I suppose, this is really where this film comes in: From time to time, cinema has to look unflinchingly at the world, hold a mirror up to the world. It’s important, amidst the many missions of cinema, that it does that. Because if it loses that connection with the real world, it’s no longer alive. Across 100 years, films have always dared to look at troubled times and tell the truth about them. And that’s what I’ve tried to do.”