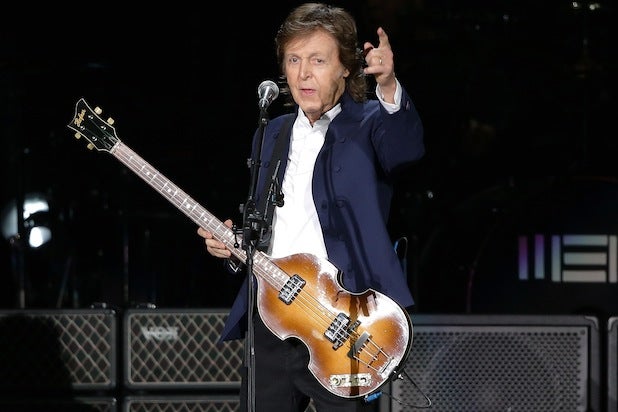 Paul McCartney’s lawyer has a few questions. And no, none of them are “Why don’t we do it in the road?”

Amid McCartney’s legal battle with Sony/ATV over the copyrights to Beatles songs, the musician’s lawyer, Michael A. Jacobs, fired off a letter Wednesday to Judge Edgardo Ramos, claiming that Sony/ATV is attempting to delay the proceedings in a way that would “prejudice” the former Beatle.

In a response to Sony/ATV’s March letter requesting a pre-motion conference regarding a proposed motion to dismiss, Jacobs wrote, “By seeking to dismiss this lawsuit, Sony/ATV intends to leave McCartney in suspense. Is he exposed to claims for damages if he relies on his undisputed rights under U.S. copyright law or not? Will it sue him for breach of contract or not? Can he license his copyrights as his termination notices become effective, or does that present legal risks? Will third parties be willing to negotiate with McCartney, and at what reduction in price,concerned that they may ultimately face a Sony/ATV lawsuit for interference with contractual relations?”

McCartney filed suit against Sony/ATV in January, saying that he began filing termination notices to reclaim his copyright interest starting in October 2008. According to the suit, the notices will go into effect starting October 5, 2018, and he’s asking for a declaration that the copyrights will revert back to him on the notices’ effective dates.

McCartney wants the rights to songs he wrote with John Lennon between September 1962 and “approximately June 1971.” McCartney’s lawsuit wants it made official that exercising his termination rights “does not represent a breach of any of the Publishing Agreements,” and that the publishing agreements “are unlawful and/or unenforceable against Paul McCartney to the extent that they conflict with Paul McCartney’s Termination Notices.”

However, McCartney’s suit claims that Sony/ATV has been trying to use a decision handed down in December, which prevented the band Duran Duran from terminating its copyright agreements, against McCartney.

“Shortly before the Gloucester Place Music decision, Sony/ATV’s executive vice president and head of business affairs, Peter Brodsky, indicated to Paul McCartney’s attorney, Lee Eastman, that Paul McCartney ‘will be more interested in talking’ to Sony/ATV about his copyrights if Sony/ATV were to win the lawsuit with Duran Duran,” the suit reads.

Jacobs’ letter also invokes Simon Le Bon and company, contending that it would be wrong to hold up McCartney’s legal action while the Duran Duran case works its way to a final resolution.

“Contrary to Sony/ATV’s argument, the Court should not dismiss this case pending a final decision in Duran Duran’s appeal,” the letter reads. “Delay would not simplify the parties’ dispute, but it would prejudice McCartney. As long as Sony/ATV refuses to disavow any right to sue for breach of contract, McCartney has a cloud over the title to his works, which devalues his rights.”

The letter concludes, “This Court should reject Sony/ATV’s request for delay and instead proceed to resolve this case on its merits.”

In a January statement to TheWrap, Sony/ATV called McCartney’s lawsuit “both unnecessary and premature.”

“Sony/ATV has the highest respect for Sir Paul McCartney with whom we have enjoyed a long and mutually rewarding relationship with respect to the treasured Lennon & McCartney song catalog,” the publisher said. “We have collaborated closely with both Sir Paul and the late John Lennon’s Estate for decades to protect, preserve and promote the catalog’s long-term value. We are disappointed that they have filed this lawsuit which we believe is both unnecessary and premature.”

Let rich musicians serenade you about the pains of paying taxes

One of George Harrison's most famous contributions to the Beatles, "Taxman" was written when the band found out that they were making so much money the Crown was imposing a 95% tax on them, hence the lyrics, "There's one for you, nineteen for me."
View In Gallery