WWE Hall of Famer Paul Orndorff, who was known as “Mr. Wonderful” in the ring, died Monday, his son Travis announced in an emotional Instagram post. He was 71.

“It is with great sadness that I announce the passing of my father, Paul Parlette Orndorff Jr.,” Travis wrote alongside a heartwarming photo. “Most of you will remember him for his physique. Many will remember his intensity. But if I could only get you to understand and see his heart. He will always be Pop, Paw Paw, and Daddy at home.”

Travis continued: “And as much as many of you hated him as a wrestler, he absolutely loved you for it. He was an amazing father that showed me more love than I ever deserved. I love you Daddy.” 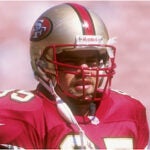 Born in Brandon, Florida, in October 1949, Orndorff was a star running back on the University of Tampa’s football team. He was drafted in 1973 by the New Orleans Saints but failed to pass the NFL physical. He ended up playing for the Jacksonville Sharks of the World Football League. But just a year into that, he switched his attention to professional wrestling.

After making a name for himself in the National Wrestling Alliance (NWA) as “The Brandon Bull,” Orndorff signed with the World Wrestling Federation in 1983. He brought on “Rowdy” Roddy Piper as his manager, who gave him the “Mr. Wonderful” nickname, which stuck with fans and foes alike for decades since. In 1984, Orndorff made his WWF debut in New York City’s Madison Square Garden fighting Salvatore Bellomo. Shortly after that bout he started cashing in on Hulkamania, taking on Hulk Hogan for the title (Orndorff lost, but was just getting started). 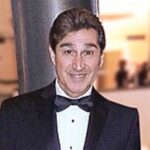 Hogan mourned Orndorff’s passing in a Twitter post Monday, writing, “Just got slammed with the Paul Orndorff news,RIP my brother,love you and thank you for always making me fight for everything in our matches,heaven just got even more Wonderful,love U4LifeHH.”

Iron Sheik also paid tribute to Orndorff on social media. “PAUL ORNDORFF. MY BROTHER. YOU WERE THE TOUGHEST. WE TRAIN TOGETHER. WE RIDE TOGETHER. YOU WERE EXCELLENT BUBBA. I AM SO SAD I LOVE YOU FOREVER REST IN PEACE,” he said.

Orndorff won the World Championship Wrestling Tag Team Championship twice with teammate “Pretty” Paul Roma, in 1993 and 1994. The duo called themselves “Pretty Wonderful.” He was inducted into the World Wrestling Entertainment Hall of Fame in 2005.

Orndorff’s son Travis provided a link to a GoFundMe donation page created by Amayou Smith, Orndorff’s wife. Smith said on the GoFundMe page, “Hi my name is Amayou, my husband is Travis Orndorff. As some of you may know we are preparing for Paul ‘Mr Wonderful’ Orndorff’s final farewell. Travis wants to give everyone, including fans, the opportunity to Donate to Paul’s final expenses. All donations and love gifts are appreciated.” The fundraiser has raised roughly $1,198 of its $25,000 goal so far.