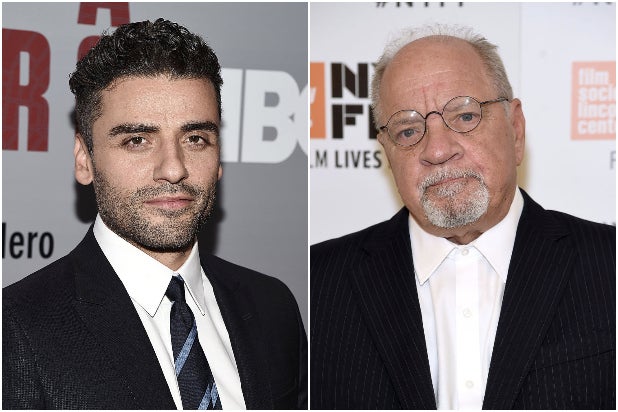 Paul Schrader described the new COVID-19 safety guidelines that were released by Hollywood’s guilds and unions earlier this month as “onerous” and said he couldn’t imagine making a new film under these conditions.

Schrader was previewing his new film “The Card Counter” in a panel discussion with Deadline on Thursday. That film was shut down with just five days remaining of shooting after an extra in a crowd scene contracted coronavirus, but he’s now been cleared by SAG to resume filming in Mississippi the week of July 6.

“They are onerous. I would not want to start a film from scratch under those conditions,” Schrader said of the new guidelines. “Five days, knowing what you want, you can work your way through that, or rather limp your way through it.”

Also Read: 'Dune' to Return to Budapest for Additional Filming in August

Schrader said they were fortunate to have completed all the major crowd scenes and intimate scenes in the film but that several key moments of dialogue were left unfinished. In the time that he’s been waiting however, Schrader completed a “90% cut” of “The Card Counter” and has shown it to people, including buyers where the film will be represented at the Cannes Virtual Market.

He added that he didn’t have to rewrite any scenes to adjust to coronavirus, but he did make some adjustments having now completed most of the film and having the luxury to do so.

As to when the film will be released, the coronavirus has put a damper on any enthusiasm Schrader might have of getting it in front of audiences with any urgency.

“I’m not crazy about trying to release a film this year. I will believe Venice and Telluride and Toronto when I see them. It doesn’t take much to stop those festivals. I don’t know what the urgency is,” he said. “It also affects your ability to write new material, because what are you going to do with it.”

Schrader did however say that he has tinkered with a new idea related to “gardening” and “horticulture.”

“The Card Counter” stars Oscar Isaac, who also appeared in the panel discussion, and it’s about a low key card shark who suddenly finds himself in a world of high stakes poker. But he added that the film is about poker just as much as his script for “Taxi Driver” is about cabbies. It’s a film about a man who feels guilty for his past sins and was punished and rejected from society, but he still has his own moral dilemma. His idea for poker as a metaphor for a person drifting through life came when he finally saw people sitting for hours in a World Series of Poker event.

“You just sit here and you run numbers 12 hours a day, and you just sit here…You’ve found a successful way not to exist,” Schrader said. “[He] doesn’t want to kill themselves but doesn’t feel he wants to exist.”

He continued: “All gambling movies are about being a winner, and this is not about winning in that way.”

As for casting Isaac in the role alongside Willem Dafoe, Tye Sheridan and Tiffany Haddish, Schrader said he once screen tested Isaac over 10 years earlier and has wanted to work with him ever since, even considering him for the lead role in his last film “First Reformed” that originally went to Ethan Hawke.

Isaac particularly said that Schrader’s films have shaped who he is as an actor, and he described the script for “The Card Counter” as “black as pitch and mysterious” but that the desire to do the film was “undeniable.”

He also called working on “The Card Counter” a “personal turning point” and his days of doing large-scale, franchise films like “Star Wars” or “Dune” are likely behind him, with Schrader noting that Isaac has been awash in a “blue screen desert.”

“I enjoyed the challenge of those films and working with a very large group of incredible artists and actors, prop makers and set designers, it’s really fun, but it’s not really what I set out to do. What I set out to do is make handmade movies and work with people who inspire me,” Isaac said.

You can check out a first look image from “The Card Counter” below, and watch the replay of the full panel discussion here.