Paul Soles, the voice actor who starred in the original animated “Spider-Man” series in the 1960s, has died at the age of 90.

The news was announced by Soles’ manager, Angela Wright of Edna Talent Management, in a Facebook post Friday. “Paul Soles was truly a Canadian treasure,” Wright wrote. “He lived a long life with so many adventures along the way. RIP.”

According to an obituary in Canada’s The Globe and Mail, Soles died in Toronto on Wednesday, May 26. No cause of death was listed. 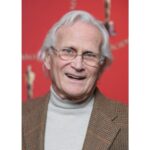 Soles voiced the title character in ABC’s animated “Spider-Man” series, which ran for three seasons on ABC and in syndication between 1967 and 1970. Soles starred alongside Bernard Cowan, Paul Kligman and Peg Dixon.

He also voiced Hermey the misfit elf in Rankin/Bass’ stop-motion “Rudolph the Red-Nosed Reindeer” special in 1964. His other voice acting credits include “Rocket Robin Hood,” “King of the Beasts,” “The Marvel Super Heroes” and “The King Kong Show.”