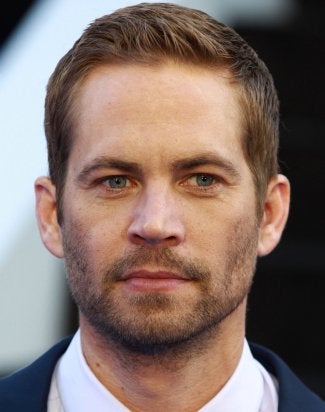 The widow of Roger Rodas, the man who was driving the Porsche car that crashed and killed “Fast & Furious” star Paul Walker, has filed a lawsuit against the auto manufacturer.

The lawsuit alleges that on November 30, 2013, Rodas was driving his own vehicle, a 2005 Porsche Carrera GT, approximately 55 miles per hour when the car went out of control and off the road, hitting a light pole, three trees and catching fire, killing both Rodas and Walker. The suit claims that this was because of a failure in the car’s suspension system, as well as a lack of proper safety features.

Also read: Paul Walker’s Brothers Stand-In For Him in Next ‘Fast & Furious’

Rodas’ widow, Kristine, alleges in the suit that her husband was an experienced race car driver and car enthusiast, owning up to ten Porsches at any given time. The suit details the design specifics of the car her husband was driving, alleging that it was originally designed to be a Le Mans racecar, before being turned into a ultra-high performance super-sports car.

According to the lawsuit, the vehicle did not have the proper crash protection, such as a properly functioning crash cage, and a proper racing fuel cell. The latter, the suit alleges, would have prevented the fire. Further, the suit alleges that Porsche Cars North American Inc. was aware of the dangers the vehicle presented and never took any measures to increase safety or notify owners of the dangers.

Kristine M. Rodas’ suit claims that Porsche “designed and manufactured the Carrera GT defectively, causing it to fail to perform as safely as an ordinary consumer would expect when used in an intended or reasonably foreseeable manner.” She is seeking an unspecified amount in damages, to be determined at the time of trial. She is also seeking a jury trial.

The findings detailed in Kristine M. Rodas’ lawsuit differ greatly from the findings of the official investigation by the Los Angeles County Sheriff’s Department in late March. That investigation determined that it was “unsafe speeds” which caused the accident. The investigation concluded that the vehicle was traveling at 80 to 93 miles per hour at the time of the crash. The car was traveling in a 45-mph zone.

The California Highway Patrol further determined, after an investigation of the rare vehicle’s wreckage, that there were no preexisting conditions in the vehicle that could have caused the crash. The only thing they noted was that an aftermarket exhaust system that had been added would have “increased the engine’s horsepower.”

Roger W. Rodas was survived by his wife and two young children. Paul Walker was filming “Fast & Furious 7” at the time of his death. His brothers have stepped in to help complete some of Walker’s final scenes in the film.