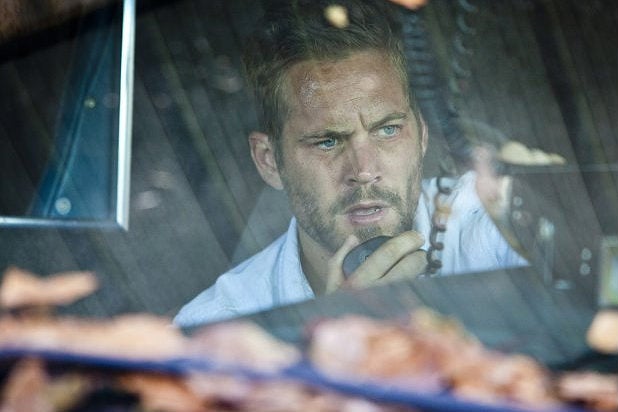 Paul Walker‘s next film “Hours” will be released this month as scheduled, a spokesman for Lionsgate confirmed to TheWrap.

The “Fast and the Furious” star was killed in a car accident last weekend at the age of 40, and his sudden death has put the upcoming seventh film in the car racing series in limbo as producers struggle to figure out how to move forward.

“Hours” was completed months before the crash that took Walker’s life and had been scheduled for theatrical release in 15 cities and on video-on-demand on Dec. 13.

The film screened at several festivals such as SXSW and earned solid reviews. It finds Walker as the father of a newborn who finds himself stranded in New Orleans as Hurricane Katrina arrives and the city’s levees fail. The part was demanding and required the late actor to be on-screen for nearly all of the film’s running time.

In addition to “Fast & Furious 7,” which was mid-way through shooting when Walker died, the actor will appear in the action film “Brick Mansions.” That picture is in post-production and Walker’s work was finished.

“Hours” will be released by Pantelion, a joint venture between Lionsgate and Televisa.