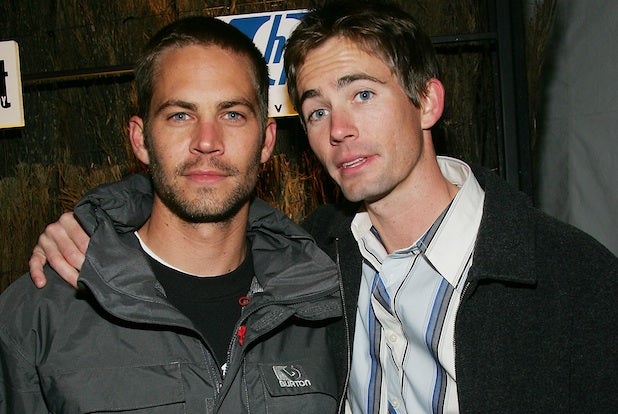 Paul Walker‘s brothers Caleb and Cody will stand-in for their late brother in parts of the upcoming “Fast & Furious” movie.

“We have resumed shooting and now welcome Paul’s brothers, Caleb and Cody, into our FAST family,” a note on the movie’s Facebook page said. “Caleb and Cody are helping us complete some remaining action for their brother and fill in small gaps left in production. Having them on set has made us all feel that Paul is with us too.”

When asked what that meant, an individual close to the production said they would fill in for Walker during select scenes and the computer graphics would be used to mask any discrepancies between their bodies and his. The brothers will not be replacing Walker throughout the movie.

He had starred in all but one movie as cop-turned-bandit Brian O’Connor, and had a few scenes left to shoot in this latest installment.  There has been much speculation as to how Universal would proceed, and this note provides some clarity.

The “Fast & Furious” franchise is one of the most successful in recent Hollywood history.