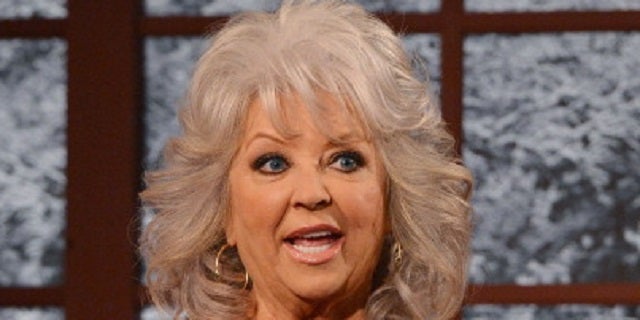 Paula Deen will no longer be flogging meat for Smithfield Foods.

The food company has ended its endorsement deal with Deen, following revelations that she had used racial slurs in the past.

See photos: Paula Deen's Next Show? 8 of the Best Suggestions on Twitter

"Smithfield condemns the use of offensive and discriminatory language and behavior of any kind," a spokeswoman for Smithfield told TheWrap in a statement. "Therefore, we are terminating our partnership with Paula Deen. Smithfield is determined to be an ethical food industry leader and it is important that our values and those of our spokespeople are properly aligned."

On Friday, Food Network announced that it would not renew Deen's contract, after news broke that Deen admitted to using the N-word in the past.

The admission stemmed from a deposition that Deen gave, stemming from a lawsuit filed by a former employee at Uncle Bubba's Seafood and Oyster House, who claims that Deen's brother, Earl W. "Bubba" Hiers created a sexually and racially hostile work environment, and that Deen failed to prevent it.

It remains to be seen how the remainder of Deen's empire will be affected by the fallout. On Friday, a spokesman for Caesars Entertainment — the corporate home of Harrah's, which has several facilities with restaurants bearing Deen's name — said that it was "deeply disturbed" by reports of Deen's use of racially offensive language, and will "monitor the situation" going forward.

"Paula Deen has acknowledged using a racial slur in the past," the spokesman said. "As a company with a longstanding commitment to diversity and inclusion, we are deeply disturbed by what we are reading in the press and strongly object to any use of racial epithets. We will continue to monitor the situation."