As “The Sex Lives of College Girls” returns for season two, Pauline Chalamet reprises her role as Kimberly, whose devolving financial struggles stray from the typical private college experience understood by many.

“There’s this narrative that’s sold about the private liberal arts school and that education experience,” Chalamet told TheWrap. “The narrative that you get to kind of go off — many people leave their hometowns — and you go off to school, you live in the dorm, and all of a sudden, you’re kind of an adult.”

Though Kimberly was swept into the college whirlwind of parties, friendships and hookups while balancing classes and a part-time job, this season delves deeper into the socioeconomic divide that separates Kimberly from her roommates when she loses her scholarship and scrabbles to find a way to pay for tuition. 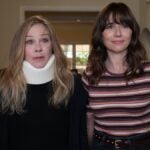 Also Read:
Inside ‘Dead to Me’ Season 3 and Its ‘Bittersweet’ Goodbye: ‘It Was Like a Tear Fest’

While taking out a loan presents itself as an option to Kimberly, she ultimately decides to find another solution to avoid sharing her situation with her parents — even if that means transcribing the incomprehensible dialogue of an Australian dating show on the side.

“The pressure of kind of being an adult really gets to Kimberly, where she sees around her the ease with which so many of her fellow students attend Essex and she realizes that she’s not in that boat,” Chalamet said. “She can’t expect her parents what even Leighton can expect of her parents, or really any of her roommates, she has to figure this out on her own.”

While her persistence to solve this crisis on her own might stem from Kimberly’s stubbornness, the season also lifts the veil on serious financial woes that separate Kimberly even from her co-workers — a predicament Chalamet says “many people are only faced with later on in life.”

“Many students pick up loans, but having to come up with so much money because you lost a loan, I think many students would leave the institution that they’re at,” she said. “But not Kimberly. She wants to persevere.” 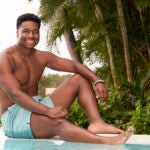 Though her financial situation certainly occupies a great deal of Kimberly’s mind, she still embraces her roommates and Sips friends to soak in her college experience — including the long-standing tradition of a running through the snow in nothing but underwear.

“Kimberly’s really learning to live outside of the bubble in which she grew up in, which is so similar to what college is like for so many people,” she said. “As much as it’s comforting to her I think she’s learning to test those limits, and I think that’s new space for her.”

Nico, her season one love interest who is also Leighton’s brother, is also notably missing from the second season after being expelled due to a cheating scandal exposed by Kimberly. While Kimberly shares her empathy to Leighton’s family, Chalamet says Kimberly’s guilt is something she also has to deal with herself.

“Kimberly feels so bad and I think she feels responsible,” she said. “I don’t really think the girls are people she could talk to about it because they’re also friends with Leighton, so I think she’s forced to reckon with this by herself.”

Even if Nico had stayed, Chalamet says coming up with so much money would take over any thought that she had about Nico.