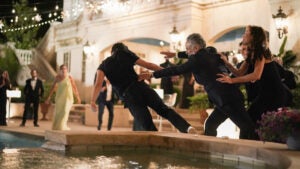 HBO Max's "Peacemaker" was the most in-demand superhero series in the U.S. in February 2022, according to Parrot Analytics.

HBO Max’s “Peacemaker” jumped into the ranking as the third most in-demand new series with 31.7 times the average series demand. The show dropped its first three episodes on HBO Max on January 13. The series, starring John Cena, is the first TV show in the DC Extended Universe and a spinoff of last summer’s big-screen hit “The Suicide Squad.” HBO Max seems to be trying to replicate the success Disney+ has had with expanding the Marvel Cinematic Universal to originals on its streaming platform.

Following its finale on January 16, Showtime’s “Yellowjackets” saw its demand grow by 17% and moved into second place in our ranking of most in-demand new series. With 37.6 times the average series demand, it was only slightly behind Disney+’s “The Book of Boba Fett.”

“The Book of Boba Fett” continued its streak at the top of breakout shows ranking for yet another week, surpassing 40 times the average series demand this week. Not only has it remained at the top of the chart but the series also managed to grow its demand by 6% this week — a solid mid-season increase in interest.

Outside of the top three shows, the remaining top performers all saw a dip in demand from last week. Several of these shows have recently concluded so naturally capture less audience attention. HBO Max’s “Station Eleven” released its final episode last week; Showtime’s “Dexter: New Blood” ended two weeks ago; and Prime Video’s “The Wheel of Time” and Disney+’s “Hawkeye” wrapped up in December. The landscape looks ready for a changing of the guard. Paramount+’s animated “Star Trek: Prodigy” still has a few weeks left in its season so it could move higher in the ranking as other series fall out of favor.

More than two months after its premiere on November 6, Netflix’s “Arcane” was still the seventh most in-demand breakout show, with 24.1 times the average series demand. While the longevity of this show has been impressive, the fact that a show from November is Netflix’s only original in this ranking hints at some weakness in the streaming giant’s recent new series offerings — especially compared to competitors like Paramount+, Disney+, HBO Max and Showtime. 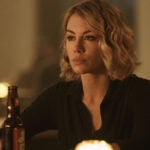