Carla Gugino’s upcoming drama “Leopard Skin” and Roselyn Sánchez’s “‘Til Jail Do Us Part” are among the slate of new original series heading to Peacock that TheWrap can exclusively reveal the premiere dates for.

The show will follow four women who “suffer their worst nightmare after the police arrest their husbands for being linked to the same criminal organization. Accustomed to a life of abundance, they now must join forces in the most unusual manner as they move from a carefree life of luxury to unleashing all their wiles and weapons to survive,” per a logline from the streamer. 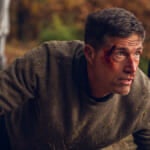 The English-language series follows a criminal gang as they seek “shelter in the remote paradise of Playa Perdida, Mexico in the beachside estate of two women, Alba and Batty. Dark and humorous complications arise when they are joined by two dinner guests (TV producer Max and his flighty girlfriend Maru) and Alba’s former housekeeper as they all are soon taken hostage. Murderous secrets, coldhearted betrayals, and shocking desires bubble to the surface as everyone awaits their fate.”

Unscripted series “Love for the Ages” premieres Dec. 15. The show takes a look at whether the grass is really greener on the other side. “Deep in the heart of the legendary city of angels, three middle-aged LA-tino couples, all at a personal and emotional crossroads in their marriages, find themselves granted the wish of a lifetime. What will they do with the chance to turn back time and swap their current spouses for much younger partners for a month of real-life change? A powerful social and psychological experiment sparked by the current trend of ‘age-gap’ couples, audiences will share in the discovery as to whether the original couples opt to remain together, for better or worse, or dare to embark on a new life alone or with a sexy new partner,” per a logline from the streamer.

The show is produced in English, with limited Spanish.

All three Peacock originals – which are part of Tplus’ original slate, from Telemundo, and are on Peacock’s Premium Tier – will be available with English language and Spanish language subtitles. 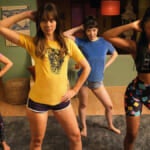 Also Read:
‘Everything I Know About Love’ Cast on How Female Friendships Don’t Take a ‘Backseat in the Storyline’

“Leveraging the unmatched portfolio of NBCUniversal, we are excited to partner with Telemundo to offer this expansive Tplus programming slate for Peacock’s growing subscriber base,” Brian Henderson, EVP programming, Peacock, said in a statement. “We believe in the power of content to shine a spotlight on Hispanic talent and stories, and we’re confident these series will be enjoyed by Peacock audiences, no matter their preferred language.” 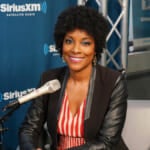