Instagram’s parent company Facebook has apologized for temporarily banning a provocative poster for Pedro Almodovar’s movie “Parallel Mothers” (“Madras Paralelas”) from its Instagram platform. The poster, which was released last week, was designed by Javier Jaen and features the black-and-white close-up of a woman’s lactating nipple against a red background.

“We initially removed several instances of this image for breaking our rules against nudity. We do, however, make exceptions to allow nudity in certain circumstances, which includes when there’s clear artistic context. We’ve therefore restored posts sharing the Almodovar movie poster to Instagram, and we’re really sorry for any confusion caused,” said a Facebook company spokesperson in a statement emailed to TheWrap.

See the poster below:

Facebook told AP on Wednesday that it had removed several images of the poster after the were uploaded to Instagram Monday “for breaking our rules against nudity. However the images have been reinstated, along with Facebook issuing its apology for “any confusion” surrounding the matter. 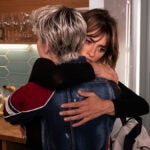 Designer Jaen told AP that Almodovar had defended the image despite fears that nudity might cause difficulties on social media. “He told me that he had made films with posters his whole life, long before Instagram, and he would keep doing so after Instagram, too,” Jaen said.

Jaen continued, “This is probably the first image I saw when I was born…A company like Instagram tells me my work is dangerous, that people shouldn’t see it, that it’s pornographic. How many people are they telling that their body is bad, that their body is dangerous? They say their technology can’t differentiate the context. I don’t care. Change your technology then.”

“Parallel Mothers” is slated to open the Venice Film Festival on Sept. 1, after which it will make the rounds to other major film festivals including the New York Film Festival. The movie stars Penelope Cruz and Rossy De Palma and tells the story of Two single women, one middle-aged and one adolescent, who meet in a hospital room where they are both going to give birth.