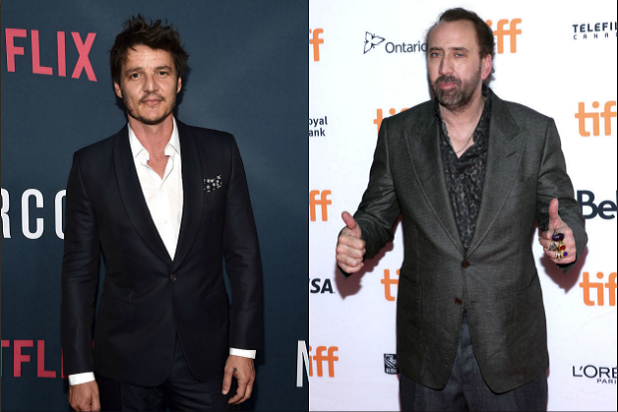 “The Mandalorian” star Pedro Pascal is in talks to join Nicolas Cage in “The Unbearable Weight of Massive Talent” at Lionsgate, TheWrap has exclusively learned.

Pascal will play Javi, a Nic Cage superfan who is not all that he appears to be.

Nicolas Cage stars as…Nicolas Cage in the action-comedy “The Unbearable Weight of Massive Talent.” Creatively unfulfilled and facing financial ruin, the fictionalized version of Cage must accept a $1 million offer to attend the birthday of a super fan (Pascal). When things take a wildly dangerous turn, Cage is forced to live up to his own legend, channeling his most iconic and beloved on-screen characters in order to save himself and his loved ones. With a career built for this very moment, the Academy Award winning iconic actor must take on the role of a lifetime: himself.

The film is expected to go into production this fall.

Pascal stars as the title character in Disney+’s “The Mandalorian” which is premiering its second season this fall. He will also star in “Wonder Woman 1984.”  His many other credits include “Narcos,” “Game of Thrones,” “Kingsman: The Golden Circle,” and “The Equalizer 2.”