Peloton is none-too-pleased with its recent depiction on a premium cable series. On Sunday night’s “Billions,” Mike Wagner aka Wags (David Costabile) suffers a mild heart-attack while riding a Peloton bike. Sound familiar? The same thing — minus the “mild” part — happened to Mr. Big (Chris Noth) on “Sex and the City” sequel series “And Just Like That…”

Unlike Big, Wags did not die. The Showtime character did, however, acknowledge the HBO Max tragedy.

“I’m not going out like Mr. Big,” Wags said on last night’s “Billions.”

A person with knowledge of production told TheWrap the “Billions” scene was written and shot in Spring 2021. Producers later added in the line referencing Mr. Big, we’re told. 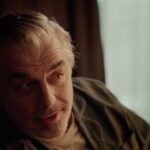 Anyway, Peloton is not cool with this particular usage.

“We get TV shows want to include @onepeloton to get people talking, but to be clear, we did *not* agree for our brand or IP to be used on @SHO_Billions or provide any equipment,” Peloton tweeted on Monday. “As the show itself points out, cardio-vascular exercise helps people lead long, happy lives.”

With the help of Ryan Reynolds, the Big scene was initially spun off into a Peloton ad, which seemed to make all parties happy. That is, until Noth was accused of sexual assault by multiple women. The ad was pulled and Noth was edited out of the “And Just Like That…” finale. (Noth has denied the accusations).

Sunday was the Season 6 premiere for “Billions.” Big died at the end of the “And Just Like That…” series premiere in December. 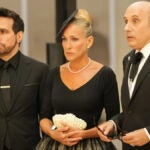 It’s been a rough few months for Peloton. As a matter of fact, for shareholders, it’s been a pretty rough year. See the exercise-equipment’s stock trend line below.

Shares were trading nearly six times higher a year ago. 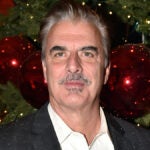 Also Read:
Chris Noth Cameo Scrubbed From ‘And Just Like That’ Finale After Sexual Assault Accusations

The series was also created by Andrew Ross Sorkin.

On Season 6, “the dust of Season 5 clears to reveal a world that has evolved,” the showtime synopsis reads. “With Axe (Damian Lewis) gone and Michael Prince (Stoll) assuming his place, Chuck (Giamatti) must develop a new strategy that is keener and more sophisticated than before. All the players, from Wags (David Costabile) to Wendy (Siff), from Taylor (Asia Kate Dillon) to Sacker (Condola Rashad), and of course Senior (Jeffrey DeMunn), must sharpen their weapons and look for new alliances in order to survive. Daniel Breaker, who plays Scooter, the brilliant and locked down chief of staff for Prince (Stoll), has been upped to series regular. The ground is ever shifting and the stakes absolute. New king, new war, new rules.”