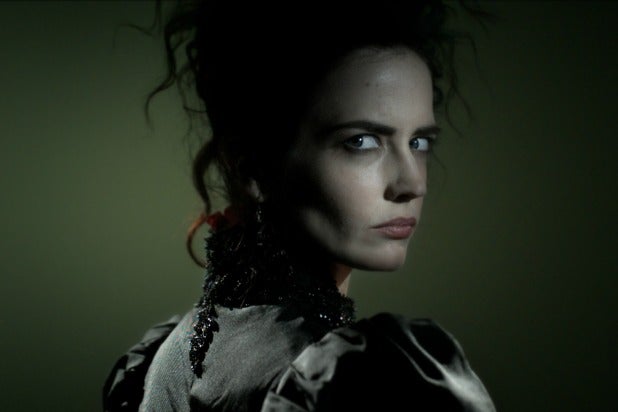 Showtime has given the greenlight to a second season of its macabre Victorian drama, “Penny Dreadful.”

The show will again shoot in Dublin and return in 2015.

“Picking up ‘Penny Dreadful’ was one of the easiest decisions I’ve made,” said Showtime Networks president David Nevins. “The series has had worldwide impact, drawing big, passionate audiences on both sides of the Atlantic, and more than any other show on our network has hit the bullseye with viewers who want to watch television in all the new ways that are available.”

The show has also attracted an overseas audience: It had the second-highest-rated launch for an original commission for Showtime’s production partner, Sky Atlantic.

The fifth episode of the series airing this Sunday reveals the secret history that connects Sir Malcolm (Dalton), Vanessa (Green) and Mina (Olivia Llewellyn). Leading up to the episode, Showtime will air two “Penny Dreadful” marathons on Saturday, before and after the 10 p.m. television premiere of “The Last Exorcism Part II.”