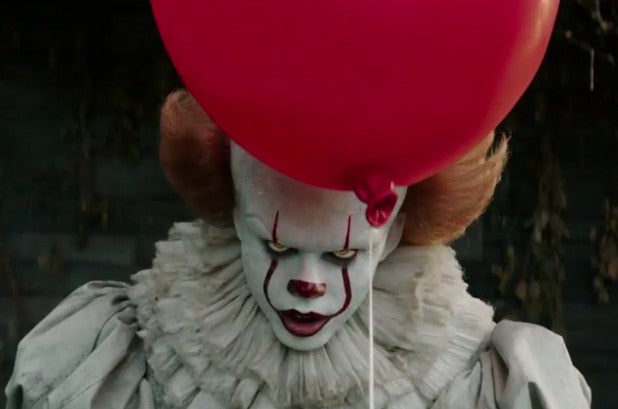 The official runtime for Stephen King’s “It” adaptation has been revealed, and Pennywise the Clown will terrify you for more than two hours.

According to the British Board of Film Classification, “It” will clock in at 135 minutes, or two hours and fifteen minutes. On IMDb, the same runtime is listed. After all, the book is 1,138 pages long, so the movie has to run longer to cover all of the book’s main characters and their strong personalities, respectively.

The kids who get threatened by the diabolical clown are played by Finn Wolfhard, Jaeden Lieberher,  Jack Dylan Grazer, Wyatt Oleff, Chosen Jacobs and Jeremy Ray Taylor. Bill Skarsgard will star as the iconic monster, first played by Tim Curry in the TV adaptation.

Andres Muschietti is directing the film.

Last week, producer Barbara Muschietti said that Tilda Swinton was in the running to play Pennywise. Skarsgard came in and was eventually cast in the role, and he has since said that he’s scared the child actors on set while wearing his costume.

“Bill came in and blew our socks off,” Barbara added. “Because he was doing his very own interpretation of Pennywise, very erudite…very, very familiar with the novel and with Pennywise in the novel, which for us was a huge help, because we went into the casting process with the book in mind.”

A representative for New Line has not yet responded to TheWrap’s request for comment.