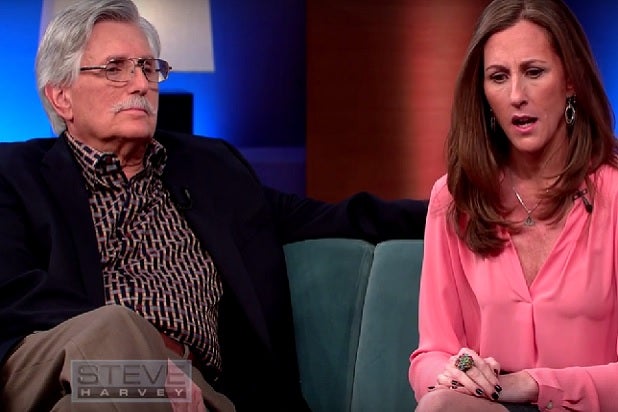 Ron Goldman’s father and sister apparently aren’t among the many fans of FX’s “The People v. OJ Simpson.”

Fred Goldman and Kim Goldman are appearing on “Steve Harvey” on Tuesday, and a preview snippet reveals that they’re not happy with their family tragedy playing out all over again on the small screen.

Kim Goldman, in particular, compared the experience to having “gallons of salt” poured in a newly re-opened wound.

“I don’t know what the probative value is of the show. It’s everywhere all over again and people are, ‘Oh, the acting is riveting and this is such a great plot line,’ and I’m thinking, ‘These are murders,'” Kim Goldman said.

She added, “This show just kind of ripped the Band-Aid right back off, poured gallons of salt in it,” Kim said. “And then they’re gonna put the Band-Aid off and they’re going to leave us to be. And I think it’s really insensitive to not have considered the families at all throughout this process.”

Goldman was killed along with Nicole Brown Simpson at Simpson’s home in Brentwood, kicking off a chain of events that would lead to the NFL Hall of Famer’s high-profile murder trial and eventual acquittal.

On Tuesday’s episode, trial witness Kato Kaelin, who’s expressed his own gripes about the series, appears as well.

Watch a preview of the episode below.