Peter Bogdanovich, the highly influential and acclaimed director behind films such as “The Last Picture Show,” “Paper Moon,” “What’s Up, Doc?” and more, has died. He was 82.

Bogdanovich is a two-time Oscar nominee and has an equally storied legacy working as a film critic, historian and speaker, and he had a close relationship with legendary actor and director Orson Welles. Frequently bespectacled and wearing an ascot, Bogdanovich was a well-known and respected figure in Hollywood, and his work on the screen has inspired numerous filmmakers including Quentin Tarantino, Wes Anderson, Sofia Coppola and many more. 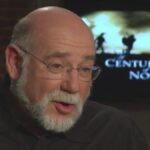 Also Read:
Jay Wolpert, ‘Pirates of the Caribbean’ Writer and ‘Price is Right’ Producer, Dies at 79

His breakout 1971 film “The Last Picture Show” was nominated for eight Oscars, including Best Picture, and won two for supporting actors Ben Johnson and Cloris Leachman. The film, an intimate character study shot in black and white and set in 1951 about a small, North Texas town, also provided breakout roles for Jeff Bridges, Cybill Shepherd and Ellen Burstyn. The film’s black and white aesthetic was unusual for the ’70s and especially for someone in the New Hollywood age of directors. But Bogdanovich frequently mentioned that he was urged by Orson Welles to shoot the film in black and white, with the “Citizen Kane” filmmaker proclaiming that the best screen performances in film were always shot in black and white, never color.

From there he had blockbuster success with the screwball comedy “What’s Up, Doc?” starring Barbra Streisand and Ryan O’Neal. The film grossed $66 million in 1972 against a $4 million budget. He followed that up with “Paper Moon” in 1973, which made the young Tatum O’Neal, who starred opposite her father in the film, the youngest competitive Oscar winner ever.

While many of his subsequent films failed to find the same critical or commercial success, he also had some late career highlights directing an episode of “The Sopranos” and a documentary about Tom Petty and the Heartbreakers, “Runnin’ Down a Dream” in 2007.

He also found himself at the center of tabloid headlines when in 1980 he started a romantic relationship with Dorothy Stratten, a Playboy playmate and model who was later murdered by an estranged husband. Stratten would star in Bogdanovich’s “They All Laughed,” which the director himself released in 1981 one year after her death. Bogdanovich was determined to give the film a nationwide release and bought the theatrical rights to the picture from Fox out of his own pocket, though the film struggled at the box office and likewise put Bogdanovich into financial trouble. 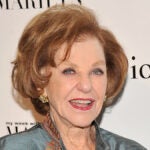 Bogdanovich even had a memorable stint as an actor on “The Sopranos,” portraying Dr. Elliot Kupferberg across 14 episodes. And he also acted in what is Welles’ final film, “The Other Side of the Wind,” which was released posthumously in 2018 thanks to Bogdanovich’s own contributions to help get the film completed.

Early in the 1960s before he moved into filmmaking, Bogdanovich started his career as a film critic and film programmer at the Museum of Modern Art in New York, touting the work of Welles and other American auteurs such as Howard Hawks and John Ford, all of whom would color his own work as a filmmaker. His 1971 documentary “Directed by John Ford” got the famously tight-lipped director to open up and explain some of his long-running career, and he also got rare interviews from Ford’s regular collaborators such as John Wayne, Henry Fonda and James Stewart.

But Bogdanovich would follow in the footsteps of French film critics who would become directors, among them Francois Truffaut and other writers for the French publication Cahiers du Cinéma. He landed a job on Roger Corman’s “The Wild Angels” in 1966 and would then direct his first feature “Targets” for Corman in 1968. 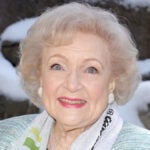 Some of Bogdanovich’s other film credits include “Saint Jack,” “Nickelodeon,” “At Long Last Love,” “Daisy Miller,” “Mask” and “Texasville,” which was a sequel to “The Last Picture Show” from 1990, based on a book by Larry McMurtry (who also co-wrote the 1971 film’s screenplay) that had Bridges and Shepherd reprising their roles as Duane Jackson and Jacy Farrow more than three decades removed.

Throughout his career Bogdanovich wrote film books and scholarly pieces about the careers of Ford, Welles, Hawks, Fritz Lang and Alfred Hitchcock, and he frequently wrote blog posts, spoke at universities and appeared in documentaries discussing his friendship with Welles and his lifelong love of film.

Peter Bogdanovich is survived by his daughters Antonia and Sashy.