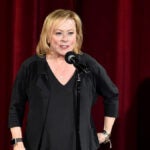 North Road is expected to make more acquisitions in the coming months and years, particularly in the international space and in unscripted and documentary programming. Providence has pledged up to $500 million in equity financing, while Apollo is covering $300 million of debt financing. With dozens of series currently in production, the North Road is valued at upwards of $1 billion.

Chernin will be chairman and CEO of North Road. Joining him on the leadership team will be Schell, who will oversee nonscripted content in addition to leading Words + Pictures; Jenno Toppin, who as president of Chernin Entertainment will oversee the company’s scripted TV and film production; and North Road president Jan Frouman and president of international TV Kristin Jones will lead the company’s international expansion.

This is the latest example of private equity investment in name-brand film and TV production companies. Last year, Reese Witherspoon’s Hello Sunshine sold to Blackstone-backed Candle Media for $900 million. LeBron James and Maverick Carter’s SpringHill Co. sold a minority stake to RedBird Capital at a $725 million valuation, while the indie studio A24 sold a minority stake at a $2.5 billion valuation.

After two decades at Fox, including 15 years as chairman and CEO of the Fox Group, Chernin stepped down in 2009 and founded The Chernin Group. His company’s entertainment division has produced such films as “Rise of the Planet of the Apes,” “Hidden Figures” and “Ford vs. Ferrari” — as well as TV projects like “Fear Street,” “New Girl” and “P-Valley.”