“Game of Thrones” was on the receiving end of passionate criticism from some fans who found fault with how the HBO show completed its eighth season run, and Peter Dinklage has his own idea about why – and it has nothing to do with the material or the abbreviated final season.

“I think the reason there was some backlash about the ending is because they were angry at us for breaking up with them,” Dinklage said in an interview with the New York Times. “We were going off the air and they didn’t know what to do with their Sunday nights anymore. They wanted more, so they backlashed about that.”

After Season 8 wrapped up, there were petitions to get the cast and crew back together to re-do the final episodes, and plenty of commentary in print and across the internet. 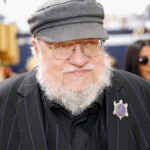 While interviewing Dinklage, the Times writer suggested people wanted a happy ending from the show. Dinklage, who played Tyrion Lannister across all eight seasons, responded by driving home the point that “GoT” was a work of fiction.

“They wanted the pretty white people to ride off into the sunset together. By the way, it’s fiction. There’s dragons in it. Move on,” he said, with a laugh. “No, but the show subverts what you think, and that’s what I love about it. Yeah, it was called ‘Game of Thrones,’ but at the end, the whole dialogue when people would approach me on the street was, ‘Who’s going to be on the throne?’ I don’t know why that was their takeaway because the show really was more than that.”

In fact, one of Dinklage’s favorite scenes was seeing Daenerys’ dragon burn the Iron Throne down, “because it sort of just killed that whole conversation, which is really irreverent and kind of brilliant on behalf of the show’s creators: ‘Shut up, it’s not about that,’” he said. “They constantly did that, where you thought one thing and they delivered another. Everybody had their own stories going on while watching that show, but nobody’s was as good as what the show delivered, I think.” 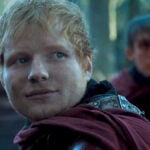 Also Read:
Ed Sheeran Admits Backlash to His ‘Game of Thrones’ Cameo Bummed Him Out

On Wednesday, HBO released a new winter 2021 teaser that featured glimpses of the “Game of Thrones” prequel series “House of the Dragon.” You can watch it in the video above.

Dinklage currently stars in “Cyrano,” which hits theaters next month.