Peter Facinelli had plenty of passion and determination but not much in the way of craft when, as a stiff New Yorker with a “My Cousin Vinny” accent, he enrolled at NYU and threw himself into a drama career. Now co-starring in Showtime’s “Nurse Jackie” and heading up the Cullen vampire clan in the “Twilight” series — his next film, “New Moon,” opens Nov. 20 — Facinelli is a nonstop working actor with a wide range and a long resume in film and television.
He spoke with Eric Estrin about how he lost his Queens swagger, the value of not having a Plan B, and Dick Wolf’s tradeoff.
When I was in third grade, I was in the school library and I picked up a picture biography book on Robert Redford. I started reading about him and the things he did, and I thought, "That’s a fun occupation to do." 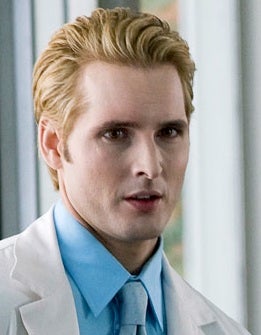 Then I saw “Butch Cassidy and the Sundance Kid” not too long after that, and I thought, "That’s what I want to do."
So I told my parents when I got a little older that I want to be an actor, but to them it was like saying I wanted to go to Mars. They kind of just laughed at it.  The next time they asked, I said I wanted to be a lawyer, because I got a lot of oohs and aahs in the family.
For a long time I kind of convinced myself I wanted to be a lawyer. I never did any plays in high school. I was quite shy actually.
And then I went to one year at St. John’s University, and I’m studying pre-law, and I take an acting 101 class and I love it.
I remember there was a kid in the class and he said, "This is fun, but what are the chances of us actually ever being an actor?" I kind of got mad at that, and that’s when I made the decision that I was gonna be an actor, and I said, "I don’t care if it takes me six years to start getting work." I was just that passionate about actually doing it, and I didn’t like the fact that this kid said that we couldn’t.
I knew a manager who kind of found me through friends, and his name is Mark Amitin. Mark steered me in the right direction. On his advice, I transferred into NYU to study acting.
For a whole year I was going up on stuff and I was probably really terrible. Every time I walked out of the room, I had this great high, like I was doing what I wanted to be doing, and I was really excited that I was able to go out on things. I was getting some really crappy feedback, but for some reason, my agent stuck with me.
I was horrible. They were saying, "This kid can’t act, he’s terrible." But you know, it was a great learning curve for me.
I think I had natural instincts, but I was also stiff as a board when I first started out. I also had a really thick New York accent at the time. I was like “My Cousin Vinny,” so that was very limiting, but you know, NYU knocked that right out of me. 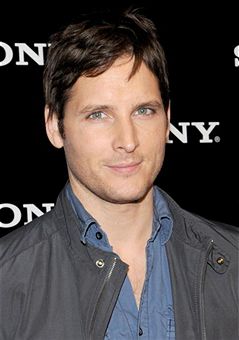 When you’re studying acting, you’re studying every tool you need. I had speech classes, I had voice classes, I had movement classes, I had acting training classes. You’re reading plays …
When you walk in, you have all these character traits, and what they do is, they neutralize you, so when you walk out, if you start in a neutral position you can play any character.
So I kept training and I kept studying and then I booked a “Law & Order” episode and I took two weeks off from school to do that.
Then Dick Wolf liked me, so he put me in the guest lead of a short-lived series he had called “The Wright Verdict,” and I had to take another two weeks off from school to shoot that. I was off for about a month and I realized, now it’s too late to do the semester, so I thought, I’ll just take a semester off and go back.
But then I started booking other work, and I never went back, 15 credits shy of graduating.
People always ask me if I have any advice about going into acting, and I say, "Don’t have a backup plan, because you’ll use it." I didn’t have a backup plan. I was 15 credits shy of graduating college, so for me it was sink or swim.
It’s funny because I saw Dick Wolf years later. I was up for a SAG Award for “Six Feet Under” for Ensemble, and I saw him there at the SAG Awards and I said, "Dick, you’re the reason I don’t have my diploma. But you’re also the reason why I got my SAG card, so it was a good tradeoff."
FEATURED VIDEO (SPONSORED)
x
Looks like you're enjoying reading