After two epic blockbusters, “The Lord of the Rings” and “King Kong,” Peter Jackson gets a bit smaller (well, $70 million) with “The Lovely Bones.” Based on the 2002 best-seller by Alice Sebold, it’s the harrowing story of a raped and murdered 14-year-old girl (played by “Atonement’s” Oscar-nominated Saoirse Ronan) who watches from her heavenly vantage point of “the in-between world” while her family on earth mourns her loss and tries to find her killer.

Jackson talked with TheWrap about Oscars, adapting an unadaptable book and dealing with Ryan Gosling’s age.
There’s already quite an Oscar buzz around “The Lovely Bones.” How important are Oscars to you?

Well, they used to be far more important to sell movies, as they used to take an average-performing film and really give it a big box office boost. I think there’s far less impact on the box office now. But winning and even being nominated is still an enormous privilege and big thrill. The great thing about having won is that you do feel, no matter what happens in your career, you’ve always got that Oscar and it’s a nice thing to wake up to in the morning and go to the office and see them sitting there on the shelf. 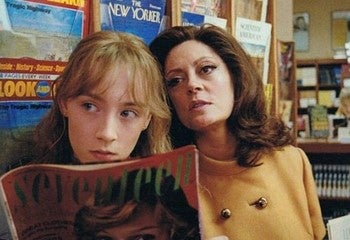