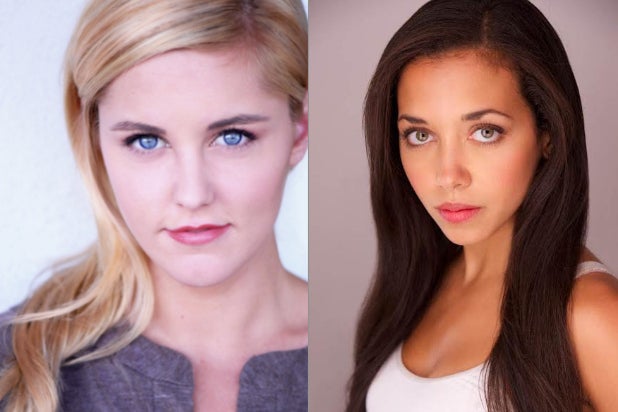 NBC has found its Wendy and Tiger Lily for the upcoming TV musical, “Peter Pan Live!”

Taylor Louderman (pictured above, left) will portray Wendy Darling, one of the three Darling children and the daughter of George and Mary Darling.

Louderman had a lead role on Broadway for “Bring It On: The Musical” and was cast in touring productions of “Annie,” “Joseph and the Amazing Technicolor Dreamcoat,” “Grease” and “Aida.”

Alanna Saunders (picture above, right) will portray Tiger Lily, the Native American who rules her “islanders” on Neverland and is captured by Captain Hook, only to be rescued by Peter Pan. She returns the favor by joining forces with Peter, Wendy, Michael, John and the Lost Boys to thwart the dastardly plan of the Captain.

Saunders’ stage credits include “Gypsy,” with Leslie Uggams, and “A Chorus Line.” She is a descendant of members from the Cherokee Nation.