The semifinals have begun on “America’s Got Talent” and unfortunately, 10-year-old standout Peter Rosalita had a bit of a bumpy start. But he didn’t let that stop him from giving another jaw-dropping performance.

After his insanely memorable renditions of Celine Dion and Whitney Houston hits, Rosalita paid tribute to another queen on Monday night: Mariah Carey. He opted to sing “Without You” and, because the crowd was so loud for him, he actually needed a mulligan on the beginning of the song.

When the piano intro kicked in, he appeared to have trouble hearing it, so he calmly stopped the show and asked for the music to be restarted. “Hello? Wait, can you repeat please?” Rosalita said with a smile. “Sorry. Sorry guys.”

Of course, once he truly got into it, it was another show-stopping performance, ending in confetti, even louder cheers from the crowd, and yet another standing ovation from the “AGT” judges. Both Sofia Vergara and Simon Cowell praised Roslita’s bravery in stopping the show so he could get the best start he possibly could. 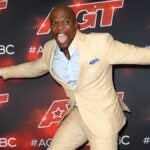 “What happened at the beginning was amazing,” Vergara said. “To me, it showed the command you have on the stage. You didn’t miss a beat.”

“The fact that you knew you missed the intro, you took control on a live show and went, ‘You know what, let’s start again,’” Cowell added. “I’m thinking, ‘Good for you.’ Then you delivered that amazing vocal.”

Cowell has been a fan of Rosalita from the start. After the 10-year-old star’s first audition, Cowell noted “You have an amazing voice, an amazing personality, an amazing energy. Everyone is going to fall in love with you after this audition.”

And, well, he wasn’t wrong. You can watch Rosalita’s full cover of Mariah Carey’s “Without You” above.