Pharoah Sanders, saxophonist and pioneer of the spiritual jazz movement in the 1960s, has died at the age of 81, his label announced on Twitter.

“We are devastated to share that Pharoah Sanders has passed away,” read a statement from Sanders’ label Luaka Bop. “He died peacefully surrounded by loving family and friends in Los Angeles earlier this morning. Always and forever the most beautiful human being, may he rest in peace.”

Born Farrell Sanders in Little Rock, Arkansas, in 1940, Sanders got his start with the saxophone back in high school. After studying music at Oakland College, the musician moved to New York and joined the experimental jazz musician Sun Ra’s band in 1964. 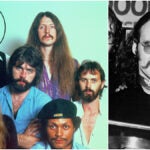 Also Read:
John Hartman, Drummer and Co-Founder of the Doobie Brothers, Dies at 72

A year later, Sanders began performing on albums with the jazz legend John Coltrane, playing on a dozen of Coltrane’s albums starting in 1965 until the artist’s death in 1967. Afterward, Sanders continued to stand at the forefront of the growing spiritual jazz movement, performing alongside Coltrane’s equally prolific wife Alice on her 1968 album “A Monastic Trio” and his own acclaimed 1969 album “Karma.”

Sanders went on to release 10 more albums with the record label Impulse! through 1973 before jumping to the labels Arista Records and Theresa Records in the late ’70s and ’80s. He continued to tour and record through the mid-2000s, with his final album coming out just last year. That album, “Promises,” was a collaboration with electronic music artist Sam Shepard and the London Symphony Orchestra and received acclaim from critics.

“My beautiful friend passed away this morning,” Shepard wrote on Instagram. “I am so lucky to have known this man, and we are all blessed to have his art stay with us forever. Thank you Pharoah.”