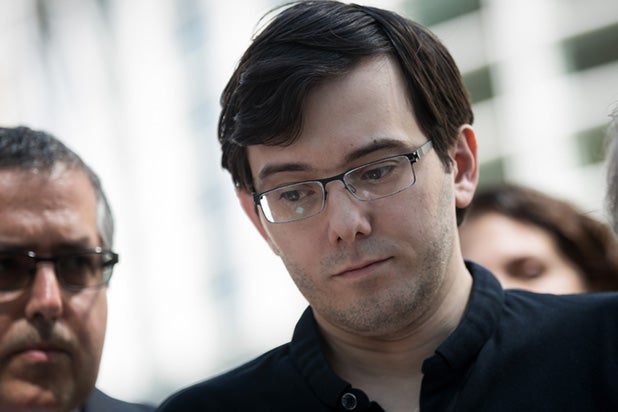 “Pharma Bro” Martin Shkreli has been sentenced to seven years in prison for securities fraud, a judge ruled on Friday.

The former pharmaceutical executive was convicted on three counts last August, when a jury decided that he had improperly used funds from his biotech company Retrophin to cover millions in dollars of losses from his other property, the failing hedge fund MSMB Capital Management.

Federal District Court Judge Kiyo A. Matsumoto sentenced Shkreli on Friday, citing his “egregious multitude of lies” in her ruling.

The sentencing comes just days after Matsumoto ordered Shkreli to pay $7.3 million to cover his fraud and authorized government officials to seize assets including a Picasso and the one-of-a-kind Wu-Tang Clan album, “Once Upon a Time in Shaolin.”

Shkreli became social media Public Enemy No. 1 back in 2015 after he spiked the cost of Daraprim, the anti-parasitic that is the first line of defense against Toxoplasmosis, an illness that is especially deadly to people living with HIV.

He made headlines again last September after offering $5,000 to anyone willing to grab a strand of Hillary Clinton’s hair during a book signing for her campaign tell-all, “What Happened.” Following that incident, Matsumoto revoked his bail, sending him to the Metropolitan Detention Center.

“He does not need to apologize to me,” said Judge Matsumoto at the time. “He should have apologized to the government, the Secret Service, and Hillary Clinton.”