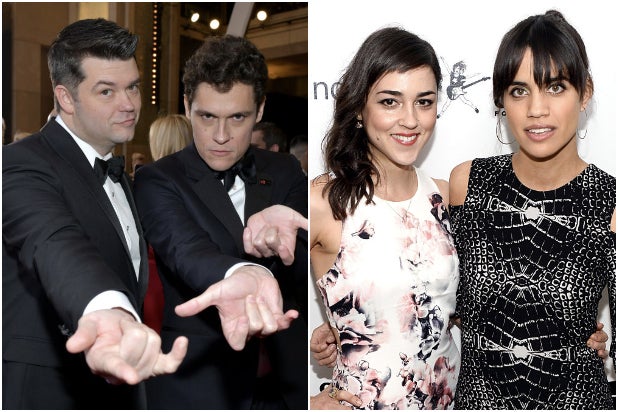 Universal has acquired an untitled comedy pitch set in Miami about a Cuban-American family from actresses Natalie Morales and Cyrina Fiallo that Phil Lord and Chris Miller will produce, an individual with knowledge of the project told TheWrap.

Morales and Fiallo, who are best friends, will write the screenplay and executive produce the film.

The story recalls “My Big Fat Greek Wedding” and follows a Cuban-American woman who returns home to Miami to visit with her overbearing family and attend a wedding, a funeral, a baptism and a quinceañera.

Also Read: Phil Lord, Chris Miller to Direct Ryan Gosling in Film Based on Novel by 'The Martian' Writer

The untitled film is part of a first-look deal Universal has maintained with the directing and writing duo since 2019.

Erik Baiers, senior executive vice president of production at Universal, will oversee for the studio.

Fiallo has appeared on “Life in Pieces,” “Community” and “Brooklyn Nine-Nine” and wrote and directed the short film “25” in 2017.

Morales is known for her role in “Parks and Recreation” and more recently completed a stint on “Dead to Me.” She also voiced a character in “Spider-Man: Into the Spider-Verse,” which was also produced by Lord and Miller.