Veteran actor Philip Baker Hall, who lent his gravitas to everything from “Seinfeld” to numerous Paul Thomas Anderson films including “Magnolia” and “Boogie Nights,” has died at age 90, his neighbor Sam Farmer said Monday.

“My neighbor, friend, and one of the wisest, most talented and kindest people I’ve ever met, Philip Baker Hall, died peacefully last night. He was surrounded by loved ones. The world has an empty space in it,” Farmer, a sportswriter for the Los Angeles Times tweeted.

Although Hall’s cause of death wasn’t announced, he suffered from emphysema and has been reliant on an oxygen tank, The Washington Post reported in 2017. 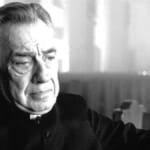 Hall, whose first TV appearance was on an episode of “Good Times,” also played a doctor on “Curb Your Enthusiasm” and a grumpy neighbor on “Modern Family.” And years later, he was still recognized for his role as library cop Bookman on an episode of “Seinfeld” (which he reprised in the 1998 series finale).

His final TV role was as Zelman Katz on Netflix’s 2020 series “Messiah.” 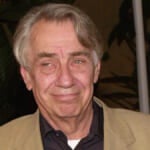 He received glowing notices and a Drama Desk award for his one-man role as disgraced former president Richard Nixon in the 1984 play “Secret Honor,” a role he reprised in Robert Altman’s film of the name. His performance was a revelation to critic Roger Ebert, who wrote, “Nixon is portrayed by Philip Baker Hall, an actor previously unknown to me, with such savage intensity, such passion, such venom, such scandal, that we cannot turn away.”

Vincent Canby of The New York Times raved “Mr. Hall’s immense performance, which is as astonishing and risky … as that of the Oscar-winning F. Murray Abraham in ‘Amadeus’.”

The actor often played authority figures such as military officers and judges, including Judge Julius Hoffman in 2011’s “The Chicago 8.” “The judges were driving me crazy. I didn’t want to do any more of them,” Hall told The Washington Post. “You never get to walk around. You’re sitting up there behind the desk, like you’re a god.”