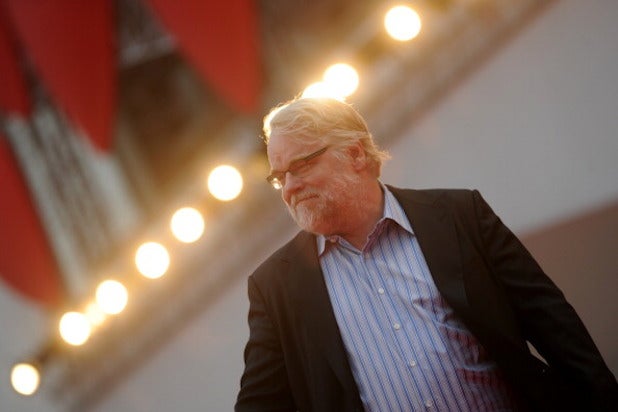 The jazz musician and suspected heroin dealer picked up in a drug stakeout following the death of Philip Seymour Hoffman will remain jailed on possession charges until his Feb. 14 arraignment, while a young couple busted for cocaine possession in the raid was allowed to go free Thursday, court officials told TheWrap.

Police said they found more than 350 packets of heroin in the NoHo apartment of 57-year-old Robert Vineberg in the Tuesday night sweep. Vineberg was charged Wednesday with intent to sell heroin and felony possession; his case was remanded in Manhattan Supereme Court, meaning no dollar amount will be set for bail.

Juliana Luchkiw, a 22-year-old Parsons art student who lives in the same building as Vineberg, was set free Thursday on her own recognizancel. Cops found a small amount of cocaine in the unit she shares with 22-year-old Max Rosenblum, who was released later in the day on $35,000 bond. Each was charged with misdemeanor possession, and both are due in court later this month.

Police have stressed that none of the charges from the Tuesday night raid have been connected to Hoffman’s suspected drug death. However, sources told the New York Post that Hoffman’s cell number was found on three people’s phones in the sweep, which came after a daylong stakeout based on a tip from a known heroin user who told cops he’d seen Hoffman buying drugs at the building months before.

Vineberg, a struggling jazz musician who reportedly had once recorded with Amy Winehouse, was arraigned Wednesday. His stepdaughter, Christina Soto, told the Daily News that he and Hoffman had known one another – though she insisted he hadn’t seen Hoffman since last year and did not sell the actor the drugs that killed him.

Hoffman was reportedly found dead in his Manhattan apartment Sunday with needles and dozens of packets of heroin. An initial autopsy was inconclusive, however, and more tests were under way.