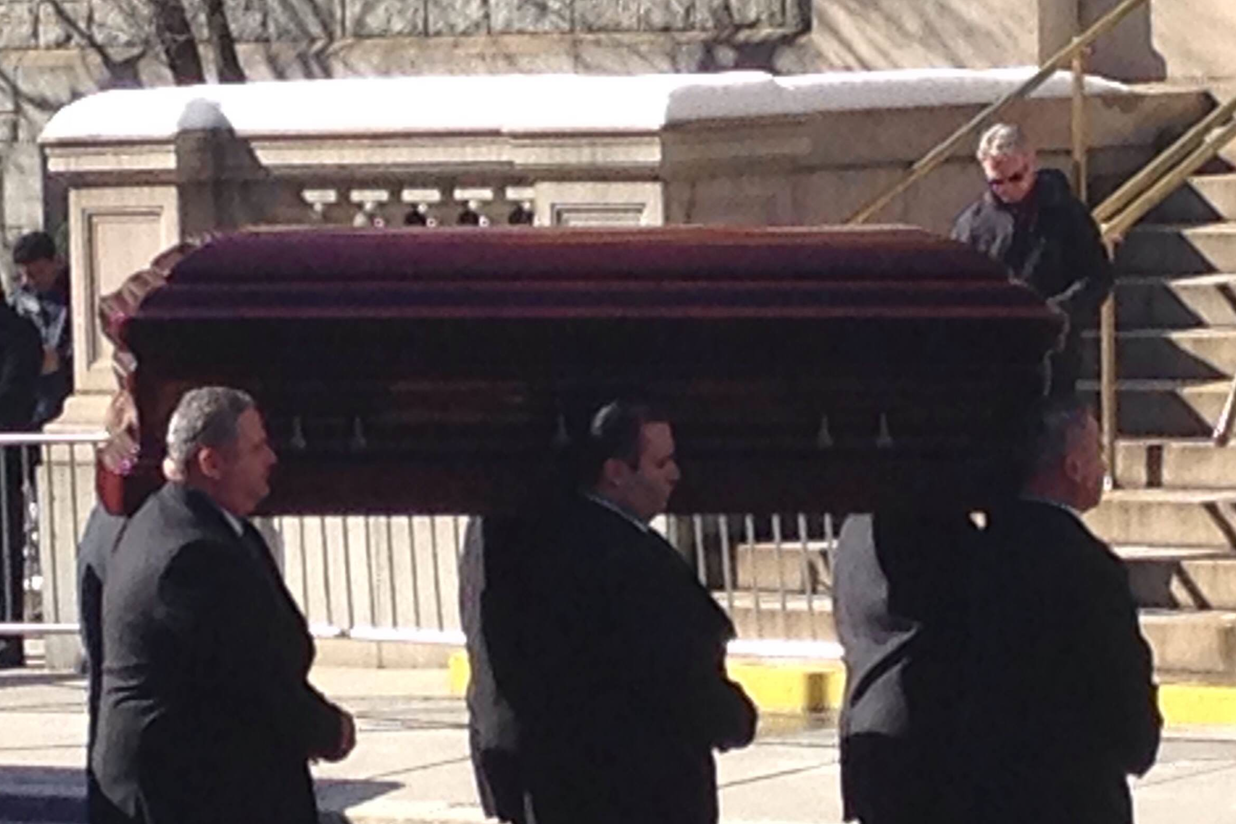 The actor’s co-stars Marisa Tomei, Meryl Streep, Cate Blanchett and Amy Adams, as well as Spike Lee, who directed Hoffman in “25th Hour,” were among the mourners seen entering the Church of St. Ignatius Loyola on Manhattan’s Upper East Side. Others glimpsed in the crowd included Ethan Hawke, Julianne Moore, Ellen Burstyn and Louis C.K.

Hoffman’s estranged partner Mimi O’Donnell and their three children attended the services, as they did the wake the night before.

St Ignatius, a baroque Roman Catholic church and a New York City historic landmark, has hosted the funerals of such notables as Jacqueline Kennedy Onassis and Aaliyah.

Hoffman’s funeral is private, but attracted throngs of photographers and reporters, who were kept behind a police barricade. Flashbulbs went off as Hoffman’s casket was carried into the church.

The actor was found dead Sunday of a suspected heroin overdose, although initial autopsy results were inconclusive. Further tests to determine the 46-year-old Hoffman’s cause of death are underway.

A wake for Hoffman was held at the Frank E. Campbell Funeral Home in Manhattan on Thursday and attracted Blanchett, Mike Nichols, Diane Sawyer and Joaquin Phoenix.

Funeral services were expected to begin at noon and conclude at 1:30 p.m. EST.

Meryl Streep was also in attendance