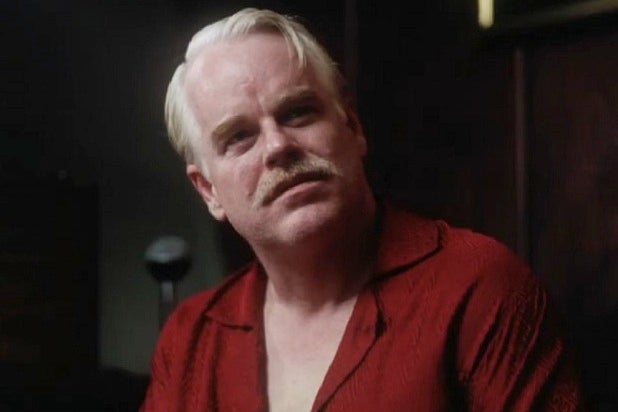 Philip Seymour Hoffman seemed high to his former partner and took out $1,200 in cash from a New York City supermarket ATM on the night before his death, CNN reports.

Hoffman was found dead Sunday of an apparent drug overdose. He was 46.

Also read: Philip Seymour Hoffman Death: 5 Projects the Actor Had In the Works

Thenetwork’s reconstruction of the Oscar-winning actor’s final hours said he was talking with two men wearing messenger bags as he made the withdrawals between 8 p.m. and 9 p.m. on Saturday.

A spokesman for the New York City Police Department did not immediately respond to requests for comment. An investigation into Hoffman’s death is ongoing.

Hoffman’s former partner and the mother of his three children, Mimi O’Donnell, reportedly told law enforcement officials that she saw the actor near his West Village apartment on Saturday afternoon and spoke to him that night. Both times he appeared high, CNN reports.

Paul Pabst, “Dan Patrick Show”s’ producer, said Monday that he and his sister ran into Hoffman in Greenwich Village on Saturday. They said hello to the actor, who they only knew from his work on screen. He acknowledged them.

“My sister said to me, in the moment, not in hindsight, she goes, ‘wow, he looked wasted,” Pabst said. “And I looked at her and I go, ‘yeah, he seemed kind of out of it.'”

Police also reportedly asked the manager of a Village grocery store that Hoffman visited that night if there is any video surveillance of the actor, but none existed. Hoffman, looked “gray” while buying soda and toiletries at 10:30 that night, Fox News reports.