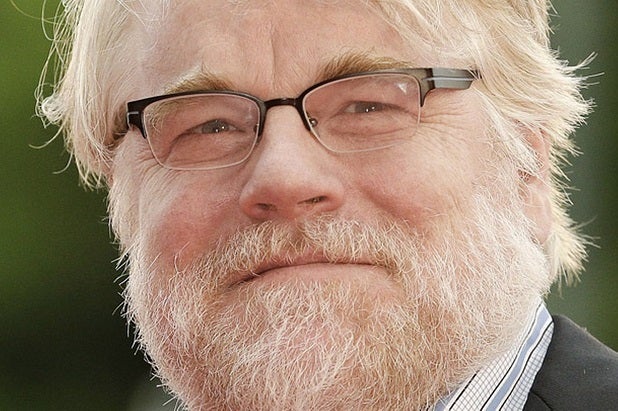 Two weeks before he died, Philip Seymour Hoffman reportedly introduced himself to a stranger at the Sundance Film Festival as “a heroin addict.”

Hoffman’s battle with heroin has inspired that same level of candor in others, who are slowly beginning to share their stories of experiences with addiction, both first-hand and as observers.

“SLC Punk!” director James Merendino took to Facebook late Monday night to share a story about his deceased friend Brad Renfro (below, left), “an actor who had been injecting heroin at 12 years old.”

“I thought if I could keep him in my house and watch him and help him, all would be good. And all was good. The actor got clean and all was well in the kingdom,” Merendino wrote. “Well, what I didn’t relay to you was the pain this individual went through. He suffered like no other as he kicked the drug. It was like watching a baby seal being beaten with a club. But the withdrawals passed. Many say that he should have been aware of the danger connected to this drug and it was his fault. But, I saw the grip the drug had over him. He was utterly helpless.”

“At first I thought he was weak,” the filmmaker continued, “But soon I realized that he was strong. The drug was stronger. And two years after he left my house, he was dead from an overdose from this drug. I hate that I know what an addict goes through. But I understand it.”

English novelist Will Self, a former heroin addict who was caught using the drug while aboard the Prime Minister’s plane in 1997, appeared on BBC Newsnight to discuss Hoffman’s death, and was asked what the dangerous drug is “like.”

“I think that for people that don’t have a kind of reason to anesthetized, it probably is experienced as, yes, euphoric. Yes, a kind of drug that they won’t mind taking. But they wouldn’t necessarily feel appalled toward taking it again,” the “Walking to Hollywood” author explained. “One of the strange things is that most of the people watching us now, at some time or other, will take medical diamorphine, which is heroin. If they’re in pain, they’ll experience simply the removal of the pain.”

Entertainment blogger Jeffrey Wells admitted on his website, Hollywood Elsewhere, that he “was arrogant and reckless enough to sample the stuff a long time ago,” and described what heroin feels like a bit more personally.

“I’ve said this before and I’ll say it again. Heroin delivers a wonderfully blissful sense of indifference, yes, but it runs deeper than that. Here is the BEST description of what it feels like to hit up with heroin (i.e., after you get past the throwing-up stage) that anyone has ever conveyed, and I’m including William S. Burroughs in this equation,” Wells wrote. “Here’s what it feels like: You’ve had to take a wicked leak ALL YOUR LIFE, but you never knew it. Heroin coursing through your veins is like taking that proverbial LEAK OF ALL LEAKS.”

Also read: Philip Seymour Hoffman Death: 5 Projects the Actor Had In the Works

Others are using Hoffman’s death as an opportunity to stress that it wasn’t just caused by a drug overdose — it was a disease.

“I wish more people would lose the stigma and treat addiction as the deadly and serious DISEASE that it is,” actress and singer Demi Lovato wrote on Twitter on

The 21-year-old “X Factor” judge, who sought treatment in 2010 for bulimia and drug abuse, bashed the entertainment industry for glamorizing drugs as “as harmless recreational fun.”

“This stuff is not something to mess with. Why risk it?” Lovato wrote. “Please spread the word so we can take the taboo out of discussing this illness and raising awareness to people of all ages. RIP Philip Seymour Hoffman.. An INCREDIBLE artist who lost his life to this horrible disease. May you rest peacefully and in complete serenity now that your pain is gone.”

Jamie Lee Curtis — whose 15-year anniversary of sobriety happened to fall just one day after Hoffman died on Sunday — blogged about the mental health disease which secretly gripped her for years, and was responsible for her brother’s death. Instead of diving deep into her own personal experience with addiction, she urged her readers to reach out to those they know that are currently suffering from it.

“To just read about Mr. Hoffman and then agree that it is sad and then do nothing to help another, seems the waste. Not his death but our communal inaction to it,” Curtis wrote. “I am going to try to lend a hand, try to help another and try to relate this very sad moment to my own salvation, one day at a time.”